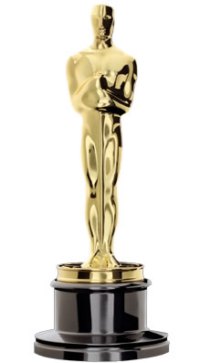 The 2018 Foreign Language Oscar Shortlist: 9 Films, Many Snubs and Surprises

Whittling down this year’s record 92 foreign-language Oscar submissions to a shortlist of nine was a challenge for the Academy which, under the leadership of new president John Bailey, instituted voting changes for the disparate group of Academy volunteers commandeered by foreign-language committee chair Mark Johnson.

Eight of the films were well-known from festival play and have been racking up awards, most notably European Film Awards winner “The Square.” Two lesser-known films that were not widely predicted made the cut, “Félicité” from Senegal and “The Wound” from South Africa. Steady as they go for Sony Pictures Classics and Magnolia Pictures, which lead the field with three and two films, respectively.

The nine films are listed alphabetically below.

In Alain Gomis’s family drama, a mother chases her 14-year-old son through the streets of Kinshasa.

As always, Israel submits for the Oscar the winner of the Ophir: This year it’s Samuel Maoz’s portrait of grief, fate and loss, which played well at Telluride and Toronto.

“In the Fade” (Germany, Magnolia)

Cannes critics raved over Russian filmmaker Andrey Zvyagintsev’s moving, intense family drama which took home a Cannes jury prize and played well at Telluride and Toronto. For the third time the Russian Oscar committee selected a film by independent-minded Zvyagintsev, despite the way he shows an unflattering mirror up to a society overrun by ministers demanding upbeat portraits of their culture.

“On Body and Soul” (Hungary, Netflix)

Voting changes included widening and diversifying the Academy’s foreign-language committee, which draws from all 17 branches of their voting pool. These members (who now include the once-barred marketing and distribution people who also represent many of the submissions) could watch the official screenings at two theaters, the Academy’s Samuel Goldwyn Theatre in Beverly Hills or the Linwood G. Dunn in Hollywood. They also got credit for movies they watched on other big screens in commercial or festival showings.

“You have to have seen them theatrically,” Johnson told IndieWire. “In theory, you can never set foot in Beverly Hills. As long as you are an Academy member who has seen enough to qualify, your votes would count.”

Johnson will invite more than the usual Academy foreign language voters to watch the shortlist of nine films at screenings in London, New York, Los Angeles, and for the first time San Francisco, to come up with the final five nominees to be revealed January 23.

The entire Academy gets to vote on the final five.