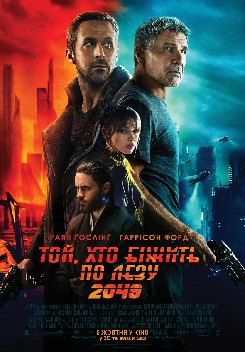 Producer Cynthia Yorkin kept a running diary during the production of “Blade Runner 2049,” and it’s packed with nuggets of amazing info.

“Blade Runner 2049” didn’t set the box office on fire when it was released in October 2017, but the film has earned a devoted following over the last year. Denis Villeneuve’s epic sequel takes place three decades after the events of Ridley Scott’s original and centers around Ryan Gosling’s K, an LAPD blade runner who discovers that a replicant may have given birth to a child.

When Villeneuve kicked off production on “2049” in July 2016, producer Cynthia Yorkin began her own side project by deciding to keep a running diary of milestones, setbacks, and overall observations from the set. Collider has exclusively published Yorkin’s production diary, which offers a fascinating in-depth look at the making of “2049” on a month-by-month basis. IndieWire has rounded up some exciting tidbits from Yorkin’s production diary below. Head to Collider to read the diary in its entirety.

The film’s official title wasn’t finalized until months into production. Yorkin came up with one title she loved, “Blade Runner: Time to Live,” a play on words that is a call back to Roy Batty’s “time to die” line from the original film. “‘Time to Live’ foreshadows what our film is about,” Yorkin wrote July 28. “The replicants in the first film were never given the chance to live. It’s an homage with many layers, and it’s poetic.” Sony apparently loved the title but ultimately shifted to “Blade Runner 2051” or “Blade Runner 2049.” The film used the latter when it was decided the sequel would be set 30 years after the original.

Production designer Dennis Gassner came up with the idea to put a giant “Moebius” sign on K’s apartment rooftop as an homage to graphic artist Jean Moebius Gerraud, whose work greatly inspired Ridley Scott on the original “Blade Runner.” The rooftop setting is used during a romantic encounter between K and Joi, a hologram played by Ana de Armas. “It’s a beautiful scene that perfectly captures a yearning to be more human,” Yorkin wrote August 30. “And the rain makes Joi look more human – it gives her form until she shorts out.”

How the Production Saved $1 Million

Yorkin explained the production was able to shave $1 million off its budget by deciding to build a giant water tank in Budapest and not in Malta. Most of the production was already taking place in Budapest, so building the set there meant not having to pay to transport the 230 crew members to Malta to work on this section of the film. The water tank was built for the climactic fight scene between K and the assassin Luv, played by Sylvia Hoeks. “It’s also really cool to think that such a huge piece of the set will get to stay on in Budapest and be a part of many more films for years to come,” Yorkin noted in July.

Ridley Scott Didn’t Like One of the Film’s Technology

VFX Supervisor John Nelson gave Ridley Scott a special effects demonstration in September 2016. According to Yorkin, “Ridley wanted to know more about the plates, models, and prices, and told us about the challenges he and Douglas Trumbull faced with the smoke level consistency in the first film.” The producer revealed that Scott did not like the ceiling mechanism in K’s apartment that projected Joi and allowed her to walk around the space freely. Scott felt the piece of technology should be more of a remote that uses the internet, something that is used later in the film to make Joi more mobile.

Harrison Ford Spoke Up When He Didn’t Love the Script

The middle of September 2016 was spent filming a scene where Harrison Ford’s Rick Deckard is being transported by Luv. Yorkin revealed that Ford spoke to producers Andrew A. Kosove and Broderick Johnson about some of the writing he felt could be tweaked in the scene. As a result, the team “made the transport conversation simpler so Deckard now says, ‘Where are you taking me?’ and Luv says, ‘Home.’”

“One of my favorite things in Harrison’s penthouse apartment is the Sinatra hologram which sets such a mood for Deckard,” Yorkin wrote September 28. The production was able to license Sinatra’s music from his estate. Yorkin said producer Andrew A. Kosove wanted to get Sinatra into “2049” as an homage to Yorkin’s late husband, Bud Yorkin, who directed Sinatra in his first film, “Come Blow Your Horn.”

“Bud used to tell a story of how Sinatra told him they would work well together as long as Bud understood that they would need to stop filming every day at 5pm for cocktails,” Yorkin wrote. “Bud agreed and the two remained friends for a very long time.”

Yorkin explains throughout her production diary the importance of breaking for Thanksgiving, a priority that was constantly up in the air since shooting kept falling behind schedule. Gosling had to be off set by Thanksgiving because of a commitment in New York City to complete press for “La La Land.” Yorkin said she had hoped Gosling could leave even earlier so he could spend time in Los Angeles with his family before his New York press tour. The production ultimately got Gosling off set by November 22, which allowed him to see his family.

What Scenes Were Shot First

Yorkin wrote on July 25 that production was beginning its third week of filming and that she had seen dailies for some of the scenes already shot. Within the first month, Villeneuve had shot Luv crashing the LAPD office to retrieve the replicant bones and kill office worker Coco (David Dastmalchian), K taking a shower after the opening scenes in which he fights and kills Sapper (Dave Bautista), and K and Joi talking in his apartment following his shower. Two days before principal photography started on July 12, Villeneuve was filming inserts with Robin Wright and Sylvia Hoeks, who the director told Yorkin is one of “the finest actresses he’s ever worked with.”

Actor Wood Harris appears in a brief role as LAPD officer Nandez. The character appears in a scene at the LAPD office with K, Coco, and Robin Wright’s Joshi, but Yorkin revealed the actor shot his scenes in the film separate from his co-stars. Wood arrived in November 2016 and met with Villeneuve, who explained Wood would be “inserted into existing scenes and will not actually be working with Robin.” Wood “acted and reacted from studying the scene playback on the monitor.” Wood appeared with Gosling on camera on two scenes.

Movies don’t always shoot chronologically, but Ford’s last day on set happened to be for the scene that is Deckard’s final appearance in “2049.” Ford wrapped production on Tuesday, November 8 after filming a scene in which Deckard and K walk through the snow toward Dr. Ana Stelline’s lab. “This will be the last scene of movie,” Yorkin wrote. “Just finished Harrison’s last shot as Deckard. It was very emotional, and everyone was crying and clapping for him. I said goodbye to Harrison. He’s so happy with Denis, Ryan, Roger and the entire experience.”