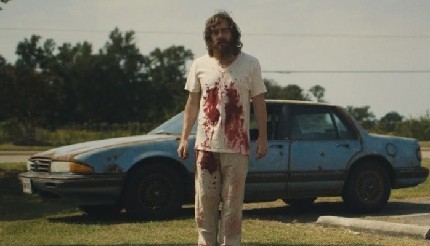 It should be no surprise to anyone that the landscape of film distribution is changing. Up until now the average film takes months to go from premiers or festival tours, to a myriad of theater release dates in different countries, and finally to DVD and VOD, which also differs from country to country. It’s complicated, it’s annoying, and nearly every movie does it.

As we’ve mentioned before, piracy is a service problem. When a complicated and annoying system arises, it is natural for simpler, easier systems to either take it’s place, or to force the old system to change in order to avoid being replaced. People want to see films they’re interested in, and they want to see them now. but if you don’t allow them to see your film until a few months down the line, they will resort to other ways of watching: in most cases piracy.

Now this is where something called a “day-and-date” release schedule comes in. Day-and-date release is when a film becomes available in theaters, DVD and VOD all on the same day. Everywhere.

With its multiple meanings, qualifications, connotations and consequences, the VOD world for the independent filmmaker is a minefield, to paraphrase filmmaker-turned-digital distribution guru Jon Reiss. And until (if ever) there is predictability in monetization or, at the very least, a standardization of the VOD market, we’ll have to take what we can at face value.

Video-on-demand platforms have been around for years, but film distributors have lately been pushing the day-and-date model. It’s long been the case that big-budget movies crowd multiplexes, which can make it difficult for smaller films to succeed. “Hannah Takes the Stairs” was one of the earliest examples of how the day-and-date model could work: it ran for ten weeks in theaters, in 2007, and earned only twenty-two thousand dollars, compared to nearly two hundred and fifty thousand dollars from video on demand.

But, distributors argue, if you make a film available to rent digitally for seven or eight dollars as soon as it hits theaters—right when awareness of the film is at its height—you can reach people who don’t want to see the film in a theater, or who live in cities where the film isn’t playing. Moreover, making a film available both in theaters and on demand comes with few extra costs for distributors. Between delivering copies of a film to theaters and orchestrating ad campaigns, theatrical releases can cost a distributor millions of dollars; getting a film onto iTunes has a marginal cost of next to nothing. And while theaters receive a cut of around sixty per cent of a film’s box-office earnings, video-on-demand platforms usually take half that amount.

Yet there’s one important group of people that hasn’t quite been won over by the day-and-date model: filmmakers themselves. Typically, a filmmaker sells a movie to a distributor for a flat-rate advance after the movie screens at a film festival. The distributor then covers the cost of releasing and marketing the film and tries to turn a profit through ticket sales, video-on-demand rentals, and so on. The filmmaker gets a share of that revenue only if it reaches a certain predetermined level; it is common for filmmakers never to receive a payment beyond their initial advance. So while an especially lucrative day-and-date release can benefit a filmmaker in the long run, that outcome is far from certain.

Without an immediate financial incentive to use day-and-date, filmmakers often have different concerns. When distributors decide on a day-and-date release, they often remove films from theaters after only a week or two, using the theatrical engagements primarily to attract reviews and publicity. Films that don’t use the day-and-date approach often have much longer theatrical runs, because selling tickets is the only way they can continue to earn money until they are released on home video or on video-on-demand platforms months later. When a film plays in a theater for twelve weeks, it stands a better chance of staying in the minds of moviegoers for at least that long.

But a successful VOD run and a successful theatrical run don’t have to be mutually exclusive – one of the benefits of a day and date release is that the publicity surrounding the theatrical release also benefits the VOD platforms. You can still be successful in both realms if you have the right marketing campaign, the right film and the right release strategy. They can feed each other. Jeremy Saulnier’s critically acclaimed Blue Ruin grossed $32,608 on seven screens on opening weekend, which averages out to a relatively anemic $4,658 per screen. To date, it’s made about $250,000. Does that mean it’s a box-office letdown? A few years ago, the answer would be an unequivocal “yes.” But Radius-TWC released Blue Ruin day-and-date. The rest of the revenue came off the digital distribution platforms, almost seven times the theatrical gross! Release amidst international controversy and political logjam, Sony’s $42 million film The Interview thrived on VOD, collecting about $40 million from home viewing compared with a miserable $11.2 million at the box office.  Releasing a film theatrically is expensive, and historically if the theatrical release wasn’t a success distributors would have to wait three months or longer to release the film on DVD or elsewhere. But now, distributors can coordinate all of the publicity efforts for the theatrical release to include the on-demand release.

Day-and-Date releases and Video On Demand are taking nothing away from the filmmaker or the exhibitor.  They are saving your marketing budget, gaining viewers in the shortest release windows… and are keeping the revenue counter tick faster than before as well. To make the best out of this strategy, you either hop on to a VOD service or get yourself one for Zero CapEx from Muvi Studio.

We suggest the latter because you would be getting :-

The world of movie distribution is changing. Ride the change with Muvi Studio.