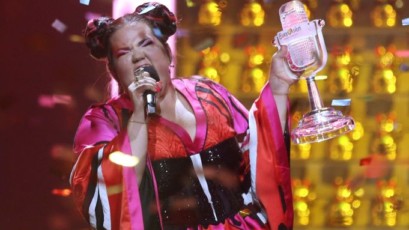 In what may be the biggest ever American presence at the Eurovision Song Contest, Madonna has been officially tapped to perform at the 2019 Final held in Tel Aviv, Israel after lengthy negotiations. Yet, this year’s edition may nor air in the U.S. as Viacom’s Logo, which broadcast the Final live the last three years, won’t carry it this year, I have learned.

While hugely popular in Europe and a number of other territories, Eurovision had not aired in the U.S. until Logo picked up the rights in 2016 and also carried the 2017 and 2018 finals. Last year’s event, won by Israel’s Netta, was watched by an average of 74,000 linear viewers, 10,000 more than the 2017 average. (The contest also was available on other Logo platforms.)

We will see if another U.S. outlet will step in to broadcast the 2019 Eurovision Song Contest, expected to feature two songs by Madonna, whose performance style fits the spectacle that Eurovision is. The competition is known for catchy tunes and powerful ballads showcased in a complex stage show with pyrotechnics, CGI and over-the-top costumes.

While not widely known in the U.S., Eurovision has been gaining popularity. An Eurovision-themed skit by Stephen Colbert after the 2016 final — the first one to air in the U.S. — went viral, amassing some 1.7 million views. (you can watch it below).

And Netflix has Eurovision, an upcoming comedy feature starring and co-written by Will Ferrell, which is set against the background of the famous music contest. The global SVOD platform is not in the live event business and rarely takes on properties that it can only distribute in the US but picking up Eurovision could get American viewers warmed up for the Will Ferrell movie.