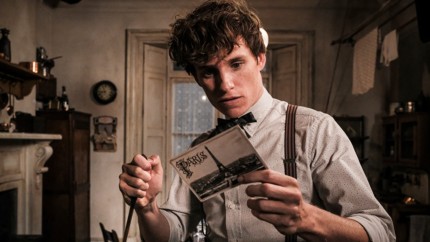 After delaying production on “Fantastic Beasts 3” for several months, Warner Bros. announced filming for the third chapter in the “Harry Potter” spinoff series will commence in spring of 2020 in Rio de Janeiro, Brazil.

Production was expected to start earlier this year but was pushed back after 2018’s “Fantastic Beasts: The Crimes of Grindelwald” fell short of expectations, ending its box office run with $650 million worldwide. “Fantastic Beasts” is intended to be a five-film franchise, but the fact that the series is already starting to show signs of fatigue just two movies in has become potential cause for concern. “Fantastic Beasts and Where to Find Them” became a hit in 2016, earning over $800 million at the worldwide box office.

The disappointing ticket sales for “The Crimes of Grindelwald” led to speculation that the studio was talking time to revamp the franchise before moving forward with another costly iteration. Warner Bros. spent nearly $400 million combined to produce the first two tentpoles. The still-untitled threequel is slated to hit theaters in November 2021, roughly five years after the first film and three years after its sequel.

“Harry Potter” veteran David Yates is returning to direct the third movie. Eddie Redmayne stars as Newt Scamander in the series that is set decades before the adventures of everyone’s favorite bespectacled boy wizard. Jude Law portrays a young Albus Dumbledore, while Johnny Depp plays the villainous Gellert Grindelwald. The cast also includes Katherine Waterston, Alison Sudol, Ezra Miller, and Dan Fogler. Jessica Williams, who briefly appeared as Professor Eulalie “Lally” Hicks in “Fantastic Beasts: The Crimes of Grindelwald,” is expected to have a bigger role in the upcoming film. J.K. Rowling, the literary doyenne behind the Harry Potter Wizarding Universe, wrote both “Fantastic Beasts and Where to Find Them” and “Fantastic Beasts: The Crimes of Grindelwald.” Steve Kloves, who penned seven of the eight “Harry Potter” movies, is co-writing the third “Fantastic Beasts” film with Rowling.