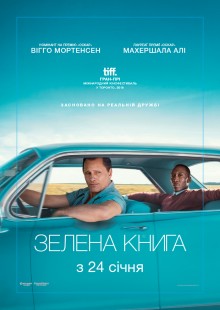 The Participant Media-produced movie is handled domestically by Universal, and overseas is in release via a mix of Amblin Partners and Lionsgate. The latter has the highest grossing market on the feel-good pic with France at $5.4M after three weekends and an expansion over the past frame. Amblin is handling the UK, via eOne, which is the next best hub at $4.72M to date. The sophomore session there saw a drop of just 14% compared to the opening.

Amblin’s cume thus far is $20.5M while Lionsgate’s is $26M. There are still majors to come including China and Japan.

China is an interesting prospect on Green Book. The film releases March 1, a handful of days after the Academy Awards are handed out in Hollywood. Alibaba Pictures, which owns a stake in Amblin Partners, is a financier on the film and will be expected to lean on its popular ticketing platform Tao Piao Piao to support the movie.

There’s sentiment that the human drama could strike a chord with Middle Kingdom audiences. Certainly if it converts some of the Oscar noms to wins, it could see a nice bump there. Recent pics with awards halos that have done well in China include The Revenant, La La Land, Three Billboards Outside Ebbing Missouri and The Shape Of Water. Moonlight did not release in the Middle Kingdom, but that film’s Oscar winner and Green Book co-star, Ali, is well known to local House Of Cards fans.

Some of those markets above are also seeing nice crossover between arthouse cinemas and multiplexes.