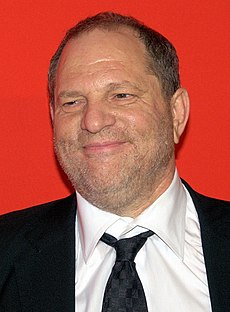 As a key hearing approaches, the disgraced mogul’s defense hinges on discrediting accusers with emails and preventing “prior bad act” witnesses — which helped convict Cosby — from speaking: “This is the prosecutor’s worst-case scenario.”

Is Hollywood’s #MeToo movement poised for a very public letdown?

On the eve of Harvey Weinstein’s pivotal pretrial hearing on Dec. 20, the New York criminal case against the mogul looks to be on much shakier ground than in the court of public opinion, legal experts say.

“This is the prosecutor’s worst-case scenario,” says criminal defense attorney Mark Geragos, citing a series of setbacks in recent weeks in which Weinstein lawyer Ben Brafman undermined the credibility of the New York police department, the grand jury process, and the three women who accused the disgraced producer of rape and sexual assault.

The prosecution suffered its biggest blow in October when Judge James Burke tossed a count involving allegations made by Lucia Evans, one of the original accusers in Ronan Farrow’s New Yorker exposé, who said Weinstein forced her to perform oral sex on him in 2004. Evans’ grand jury testimony was thrown out because an NYPD detective failed to pass along information to prosecutors that contradicted the former actress’ account.

In a previous motion, Brafman claimed that Assistant District Attorney Joan Illuzzi-Orbon was given information that would contradict Evans’ testimony, and “it was the prosecutor who unethically withheld this information from the Grand Jury and it is they who are now lying to the Court.” Perhaps most controversial, Brafman also presented a series of emails to Weinstein from accuser Miriam “Mimi” Haleyi, who wrote endearments like “Miss you too,” “Lots of Love” and “xxxxx” in the years after a 2006 encounter in New York in which she says she was sexually assaulted by the producer. In October 2017, Haleyi made one of the most salacious accusations against Weinstein when she said during a press conference, with attorney Gloria Allred at her side, that the Oscar winner pulled out her tampon and orally forced himself on her.

“Credibility and reliability of the government’s witnesses is obviously an essential consideration for any good prosecutor,” says Greenberg Traurig’s Mathew S. Rosengart, himself a former prosecutor. “This was particularly true in this matter because Brafman is masterful at picking apart witnesses and creating reasonable doubt based upon law enforcement or other errors. He did that in the Dominique Strauss-Kahn case against this very same DA’s office.”

Now Burke is expected to decide on the next step in the case against Weinstein, 66. He is facing five counts of rape and sexual assault, and Brafman is looking for a dismissal, which remains unlikely given the highly charged nature of Weinstein’s alleged crimes. But the judge could opt for an evidentiary hearing or press pause and ask for more briefing.

In the wake of Weinstein’s arrest in May, his accusers’ hopes hinged on the prospect of a parade of women testifying as “prior bad act” witnesses, given that dozens of women had come forward with their own troubling accounts involving the producer, including high-profile actresses like Angelina Jolie and Uma Thurman. That tactic helped the prosecution in Pennsylvania land a conviction for Bill Cosby in this year’s sexual assault retrial. But that is rarely allowed in New York and is a difficult legal hurdle for a prosecutor to overcome. Brafman also is prepared to present emails that would undercut possible witnesses.

In fact, Weinstein’s fate may hang on the admissibility of additional emails. Attorney Alan Dershowitz, who was brought on by Brafman as a consultant, says there are more emails the defense plans to present as exculpatory evidence, even as lawyers for accusers complain about the strategy out of confidentiality concerns.

“You can’t both accuse someone publicly and then hide behind privacy to keep highly relevant evidence out,” says Dershowitz. “The evidence I’ve seen doesn’t embarrass anyone. It suggests a loving relationship that seems fairly commonplace. For people who say, ‘This is the way that people behave [after an assault] and you can’t make judgments on these things,’ well that’s for the public to judge and for courts to judge.”

Dershowitz adds, “I believe that if a grand jury and the public were to see these emails, they would come to a very different conclusion about what happened. The emails show consensual relationships between Weinstein and his accusers both before and after the alleged crimes allegedly occurred.”

Furthermore, accuser Asia Argento — another one of Farrow’s original subjects and one of the most outspoken critics of Weinstein — won’t likely be offered a platform by the prosecution given that her own credibility took a hit when The New York Times reported that she had quietly settled a complaint filed against her by an actor who said she sexually assaulted him when he was 17.

The shifting momentum has left many invested in the case’s outcome bracing for the prospect that Weinstein might avoid jail time.

“I see this as the clash between the aspirations of the #MeToo movement hitting the legal requirement of proof that’s required in a criminal case,” says defense attorney Roy Black, who is not involved in the case. “I think the whole #MeToo movement is very important, and of course they fixated on the number of women that made accusations against Weinstein, and it did appear to be overwhelming. But once you get into a criminal case, you have to have people who can stand up to cross-examination and stand up to the focus that’s going to occur in a criminal case. I think that is what is happening now.”

Facing the possibility of a life sentence, Weinstein is playing the role of paralegal, shuffling between his home in Connecticut and a friend’s apartment in New York to help his team of lawyers, a source close to him tells The Hollywood Reporter. He spends time with his two younger children from his marriage to Georgina Chapman and is in daily therapy.

“Let’s not make this about what it isn’t about. This is not anyone putting the #Metoo movement on trial, but it is about one person’s right to due process,” says Weinstein’s publicist Juda Engelmayer in a statement.

Engelmayer adds, “When few were hiring women directors, Weinstein did; from Maya Angelou for Down in the Delta when no one would finance her, to seeing that the director of The Piano won the Palme d’Or at the 1993 Cannes Film Festival, which helped achieve the Academy Award for best original screenplay in 1994. There is no question that #MeToo is necessary to further the goals of achieving even more without the former societal impediments that still linger today. Yet this case is about due process, which is something every human being has and deserves, which in the end serves to help all people achieve justice in this world.”

Ultimately, Weinstein may also benefit from the DA’s timing. Many now ask if the case was brought too soon. Or perhaps too late: After all, New York County District Attorney Cy Vance opted not to prosecute Weinstein in 2015 after Italian model Ambra Battilana accused him of groping, despite the existence of an audio recording.

“The timing to bring this case was right from a publicity standpoint,” says Geragos. “It was absolutely wrong from a jurisprudence standpoint. I think that a lot of times when you make charging decisions based on public pressure this is what ends up happening.”