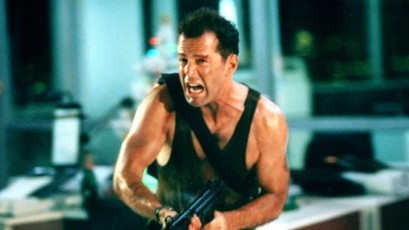 Some of the most memorable movie quotes of all time weren’t even part of an original script.

Four of the lines that made The Hollywood Reporter’s list of top movie quotes as voted on by the industry were ad-libbed. See below for the stories on how these now-iconic quotes came to be.

Writer Nora Ephron’s first draft didn’t have Sally and Harry ending up together because she considered a breakup to be a more realistic ending. So when it came time to film the revised happy ending, Billy Crystal ad-libbed much of his dialogue with Meg Ryan, including this most remembered line of the picture.

Dustin Hoffman’s line was ad-libbed, and the scene was shot guerilla style because they didn’t have enough money to shut down a New York street. The cab “almost hit us,” Hoffman once recalled. “I guess the brain works so quickly, I said, in a split of a second, ‘Don’t go out of character …’ So I said, ‘I’m walking here.’ Director John Schlesinger started laughing. He clapped his hands and said, ‘We must have that, we must have that,’ and redid it two or three times, because he loved it.”

Richard Castellano, who played Clemenza, ad-libbed “take the cannoli,” riffing on an earlier scene where his character’s wife asks him to pick up the dessert on his way home.

“I wrote ‘Yippe-ki-yay, asshole,'” says screenwriter Steven E. de Souza. “But Bruce, on his final take, ad-libbed the ‘motherf—er,’ much to the amusement of the crew. The studio nervously left it in for the first test screening and the reaction made it permanent. But you don’t always know.”