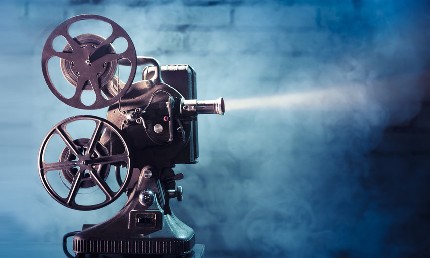 Look out Louisiana, Georgia and Canada, runaway productions are coming back to the home of Hollywood. At least that’s the intention of the massive expansion to California’s $100 million Film and TV Tax Credit Program. “California is on the move and Hollywood is a very important part of that,” said Gov. Jerry Brown just before signing the legislation into law today outside of Hollywood’s TCL Chinese Theatre — and behind a sign that read “Keep Cameras Rolling In California.”

“It’s not only a golden state but home of the silver screen,”added the governor, promising thousands of new jobs would emerge from the new law, the widely supported and multi-sponsored Film and Television Job Creation and Retention Act.

Jerry Brown 3A production of its own, the signing ceremony today was a who’s who of state and local politicians as well as industry execs and Hollywood heavyweights. State Assembly members Mike Gatto and Raul Bocanegra, who introduced the bill without a price tag in late February, were in attendance, as was big tax industry incentives advocate LA Mayor Eric Garcetti and incoming state Senate President Pro Tem Kevin de Leon. “You can’t assign a value on having a strong middle class,” Gatto told a cheering crowd of industry workers about the goal to preserve jobs in the state and gain back ones lost. “Today, with the stroke of s pen, California is doing something.” Added De Leon: “Come back home where you belong,”

“Production and production jobs aren’t running away from California, they’re being lured away,” said Garcetti, noting the efforts of his first Film Czar, the late Tom Sherak. “That stops today.”

The widely supported and multi-sponsored new law increases the Golden State’s annual incentive program to $330 million starting next year. Passed by the Assembly in late May and by the state Senate on August 29, the program also allows feature films with budgets of more than $75 million and network pilots to be eligible for tax credits. The once-a-year allocation lottery that has been a hallmark of the program since it was first introduced in 2009 is being scrapped, to be replaced by a merit-assessment scheme with increased emphasis on job creation.

Warner Bros Worldwide Physical Productions chief Steve Papazian, LA film Czar and Hollywood legal heavyweight Ken Ziffren and his deputy Rajiv Dalal, and union officials also were among the guests today, along with actors Warren Beatty and Neil McDonough. “Plain and simple, this is a jobs bill,” Papazian said to the crowd, calling the act “smartly targeted.” “This means a lot,” Hollywood legend Beatty said in a short speech praising the legislation.

Today’s event is a far cry from September 2012, when Brown quietly signed the last extension of the program. But then again, unlike two years ago, the incumbent governor was a big player in getting the expanded program over the legislative finish line. While silent on his support for this tax incentives expansion for most this year, Brown sat down with leading state pols in late August and put his cards on the table. The fiscally tight incumbent hammered out a deal that trimmed the proposed AB 1839 bill from the $400 million being bandied about to the figure signed off on today.

Still, will it be enough to heal the serious hurt that Hollywood has been hit with in the past decade and a half or is the $330 million too little too late? While LA is still the capitol of production, recent years have seen work dry up and many vendors close their doors as the vast majority of tentpoles now film in cities like Atlanta and Vancouver, where incentives have been far more lucrative. Long the second biggest center of production, New York has seen a strong upsurge in recent years in features, TV series and digital production like the upcoming Marvel series set for Netflix thanks to their aggressive and nimble $420 million program. Add to that the increasing crew bases and infrastructure that those regions and others have built up and California’s challenges become all the more acute even with the big injection of cash and category eligibilities.

“Things aren’t going to change overnight but creating a more financially welcoming environment to do business in is a real sea shift for sure in California” a studio exec told me today. “The bottom line still rules decisions in this town and we’ll go where the best deal is but the heart wants to make Hollywood movies in Hollywood and this legislation makes that more persuasive.”

It certainly adds a lot of real money to the equation. Next year sees incentives handed out by the California Film Commission for features go up to $80.4 million and new TV pilots and Renewed Series will get $92 million. The budget year 2016-17 sees those categories go up to $115 million and $132 million respectively for the rest of the program’s current term. Relocating Productions From Out of State will get $44 million next year and $66 million starting in 2016. Indie pics will see $11.5 million in tax credits in 2015-2016 and have that go up to $16.5 million every remaining year of the program. To spread the wealth, provisions in the expanded program see an additional 5% added to productions that shoot outside southern Cali as well as sweeten the pot for VFX done in the state.