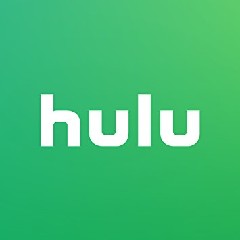 The streamer reached 25 million total subscribers at the end of 2018. That’s up 48 percent since Hulu announced its 17 million subscriber milestone for 2017. The gains, per the company, came from its investment in licensing exclusive programming for viewers and its effort to enhance the platform’s streaming technology.

Available only in the U.S., Hulu remains a smaller service than rival Netflix, which has nearly 57 million paid subscribers domestically (and 130 million subscribers worldwide). Hulu’s subscriber total includes members to both its live TV and on-demand plans. The company revealed in September that it had passed 1 million subscribers for its now nearly two-year-old live TV bundle.

“Consumers have spoken loudly about their desire for more choice and control in their TV experience,” Hulu CEO Randy Freer said Tuesday in a statement. “They are seeing the enormous benefits of streaming, they’re deciding which content and brands are most important to them, and they’re choosing Hulu.”

Unlike many of its competitors, Hulu has both a subscription video business and an advertising business because its live TV service features ads and its on-demand product has two versions, one with ads and one without. The company’s advertising business grew to nearly $1.5 billion by the end of 2018, up more than 45 percent compared with 2017.

Launched in 2008, Hulu began as a home for next-day TV. It has since grown its on-demand library to more than 85,000 episodes from such shows as ER, Family Guy, Killing Eve and The Good Doctor. The streamer also offers a slate of originals, including The Handmaid’s Tale and Castle Rock.

Hulu’s year of growth comes at a pivotal moment, as the company, which has for many years been equally jointly owned by Disney, 21st Century Fox and Comcast, prepares to become majority owned by Disney after its deal to acquire the Fox assets closes. The service is expected to become the third prong of Disney’s streaming strategy, which includes subscription services ESPN+ and Disney+.

“In 2018, Hulu led the industry in attracting and engaging subscribers, building a powerful technology stack and cultivating a brand that both consumers and advertisers love,” continued Freer. “Looking ahead, Hulu is in the best position to be the No. 1 choice for TV — live and on-demand, with and without commercials, both in and out of the home.”