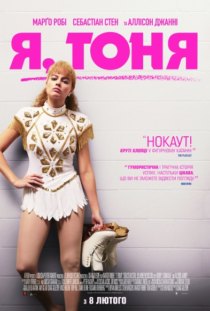 It was painful to hand over the money for a ticket, knowing that some of it would go to an unrepentant felon, and knowing all too well how much money means to her. Still, “I, Tonya” is an award-winning film with big stars, glowing reviews and “Oscar buzz,” so of course I had to see it, even if the story is all too familiar.

In 1986 I was a reporter for Sports Illustrated and attended my first figure skating event in New York, which was also Tonya Harding’s first national championships. As a writer for The National Sports Daily I covered the 1991 national championships when Harding landed a triple axel, and in 1993 became lead sports columnist for The Oregonian in Portland. My third column, about the scrappy little local skater, led to the creation of the official Tonya Harding Gillooly Fan Club.

Of course, colleague Abby Haight and I were in Detroit when Nancy Kerrigan was attacked by a club-wielding thug, and we reported on all the madness to follow back home in Portland. In four days we wrote a paperback about Tonya Harding (“Fire on Ice” — re-released by Random House as an ebook last month — all the hot books right now have three-word titles that begin with “Fire”). And then we headed to Norway to report on the Olympics.

So I thought I knew what to expect with “I, Tonya” and the first half of the film pretty much sticks to the hardscrabble-childhood-abusive-mother-and-husband story (Harding’s mom, LaVona “Sandy” Golden, has denied beating her). But when it came to figure skating’s “establishment” and the Kerrigan attack the film veers into fantasy. Two fictional scenes where Tonya confronts snooty judges are completely unbelievable (but crowd favorites in the screening I attended) and the movie asserts that Harding and Jeff Gillooly knew nothing about the planned attack other than it might involve some threatening letters. The blame is all put on hapless “bodyguard” Shawn Eckhardt, who, in actual life, is conveniently dead.

In reality, that bleak January 1994 Jeff Gillooly told the FBI that planning for the attack included discussions of killing Kerrigan, or cutting her Achilles’ tendon, before settling for breaking her landing leg and leaving her injured wearing a duct-tape gag in her hotel room — and that Tonya Harding was well in on the plans and impatient when Kerrigan wasn’t disabled right away. (Makes Tonya a tad less sympathetic, no?)

“I, Tonya” treats Kerrigan as comic relief; the movie crowd burst out laughing for Kerrigan’s brief appearances on screen, but my stomach was turning. Tonya is shown smoking many times in the film and in the promotional posters and videos to portray her as “different” or “a rebel” or “cool,” but for an asthmatic athlete to smoke is simply “profoundly stupid.” (The film skates over the asthma thing.)

Harding received tens of thousands of dollars for her training from the figure skating association and from George Steinbrenner, then more from Nike head Phil Knight for her legal defense. (Not mentioned—doesn’t fit the “poor little Tonya” narrative.)

She was selected to compete in two Olympic Games (rare for any athlete) and botched them both; the film has her “judged unfairly” in her Lillehammer long program (the broken skate-lace incident), when in fact she moved up in the standings thanks to generous marks.

Star and producer Margot Robbie does a tearful turn when Tonya is sentenced for her role in the attack, begging not to be banned from the skating and seeming surprised when the judge mentions it.

In reality Harding made no such speech. Her lawyers wrangled a great deal — Harding pleaded guilty to a felony but served no jail time. Months later, she was banned by the skating association from sanctioned events when it was determined there was ample evidence she helped plan a brutal attack on a rival. She was of course free to skate in non-sanctioned events but no name skater would agree to appear with her because — duh — assaulting a rival to win a sporting event is despicable. (“I, Tonya” doesn’t comprehend that.)

Harding has changed her story over and over in the past 24 years, but it’s always that she is a victim and everyone else is horrible. She is habitually “truth-challenged” — this fantasy film is Harding’s dream come true.

It’s difficult to see Harding on red carpets and magazine covers, fawned over by movie stars and filmgoers who condemn “the media” for being unfair to poor little Tonya. But we live in a world where people line up for selfies with O.J. Simpson and heavyweight rapist Mike Tyson; where vaccines are said to be harmful for children and global warming is a hoax, and where the president tells whopper lies several times a day. Why shouldn’t Tonya Harding be a new folk hero?

Oh, but I will say the costumes in “I, Tonya” are spot on. Very well done, those costumes.