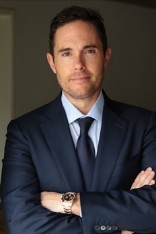 Josh Roth, head of UTA Fine Arts, has died. Word of his passing came over the weekend and was just confirmed by the agency. I hear the official cause of death was heart failure. He was 40, according to sources.

Roth, recognized as passionate expert, advocate and patron of the arts, founded UTA Fine Arts in 2015 after six years as Chair of the Art Law Department at the law firm of Glaser Weil. He led UTA into the space and represented some of the world’s most prominent fine artists, photographers, mixed-media artists and others in the contemporary art world. Most recently, Roth helped conceive and open the UTA Artist Space and staged major projects and exhibitions for world-renowned artists.

“Josh was a dear man and a great colleague, and we are devastated by his loss,” UTA Chairman Jim Berkus and CEO Jeremy Zimmer said. “His friendships and contributions were deeply felt. He constantly inspired his colleagues and those he represented with his impeccable taste, thoughtfulness, creativity, and absolute dedication. Most importantly, Josh was a wonderful man—devoted to his family, kind in spirt, and generous in every way. UTA is heartbroken.”

Roth, who was well liked in the agency community, had Hollywood pedigree — his father Steven Roth helped create CAA. He leaves behind his wife, Sonya, and their young children Anabel, Colette and Henry.

There are no details yet regarding memorial services.