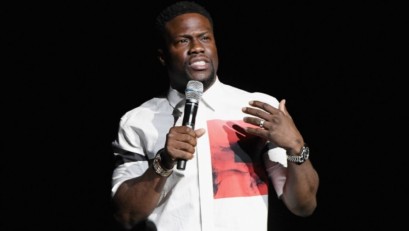 Audiences have embraced the actor in ‘The Upside’ even amid fallout over his hosting exit.

Kevin Hart’s past homophobic tweets — and his subsequent response to the outcry over them — may have dashed his opportunity to host the Oscars, but the controversy and its drawn-out “will he or won’t he” with the Academy has not hindered his employability.

The actor-comedian recently booked two new films in as many days: On Jan. 17, Hart, 39, was announced as the headliner of Lionsgate’s live-action Monopoly movie, and a day later he unveiled a starring role in the Sony family film Fatherhood. His HartBeat Productions will produce both.

Sources say Hart, who is repped by UTA, 3 Arts and Schreck Rose, had been in talks to join the long-gestating board game adaptation since October, while Fatherhood, the next movie he shoots after the Jumanji sequel, has been in the works since the summer.

These deals closed as his latest movie, The Upside, dethroned Aquaman as box office king during its Jan. 11 opening weekend. The Intouchables remake, long-delayed by The Weinstein Co.’s bankruptcy, has made $47 million domestically.

Its success has prompted STXfilms, which partnered with Lantern Entertainment on distribution of the dramedy, to sign a two-picture deal with Hart and HartBeat, including Black Friday, a body-switching comedy, and an untitled international romantic comedy.

Like The Upside, Fatherhood will take Hart away from the broad comedy for which he’s known, teaming him with director Paul Weitz (Bel Canto, Mozart in the Jungle) in the true story of a man raising a baby after the death of his wife. “Kevin wants to broaden and go more dramatic,” says one insider. “And he really responded to the material.”

So, while the Academy won’t have him (for now), Hollywood and audiences still will.