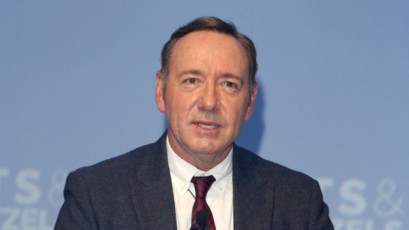 New filings in Kevin Spacey’s court case in Massachusetts are claiming the actor may be facing made-up allegations intended to cash in on his celebrity.

Spacey’s attorneys have also asked for various records from the accuser and his family. Attorney Alan J. Jackson wrote in court papers that Spacey’s “status as a public figure” provides the accuser with a “significant financial motive to fabricate.”

In the latest court filings, Spacey’s attorneys asked for records from the law office of attorney Michael Garabedian, whose practice is known for representing victims of clergy sex abuse. The Spacey legal team claimed the records may prove a civil suit may be the motive for the criminal charges.

“Although no civil case has been filed to date, it is clear that [the accuser] and his family members have retained Mr. Garabedian, a civil attorney, for the purpose of suing [Spacey] in civil court,” Jackson wrote.

The next hearing in the Nantucket Court case is set for Monday. Spacey has pleaded not guilty to a felony count of indecent assault and battery stemming from allegations he groped the 18-year-old accuser at a bar on July 7, 2016. The accuser is the son of former WCVB-TV news anchor Heather Unruh, but has a different last name.

Spacey’s attorneys previously claimed the allegations were false and that the interaction was “mutual and consensual flirtation, nothing more.”

The Spacey legal team also asked for the accuser’s cellphones and their passwords that he may have used on the night of the incident and for a subsequent six-months.

Surveillance footage from the night of the incident was also requested from the Nantucket bar.

District Court Judge Thomas S. Barrett has not yet ruled on this week’s requests from Spacey’s attorneys.