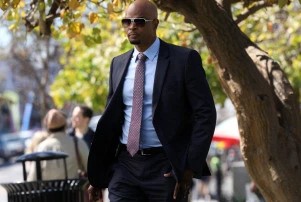 The future of Lethal Weapon has been given a boost after showrunner Matt Miller revealed that star Damon Wayans seems in a slightly better frame of mind after dealing with his health issues.

In October, Wayans said that he would be leaving the show for health reasons but Miller said that the producers fixed his schedule and changed some storylines about to accommodate diabetic Wayans and that he seems much happier – agreeing to do two additional episodes and leaving the door open for another season of the cop drama reboot.

Miller seemed open to addressing the morale of the cast. “Let’s do it,” he said, speaking at TCA on a Fox drama panel. “It made us all sit down and roll up our sleeves and say ‘we’re really hearing you, you’re sick, tired, what do you need’. It was a cry for help. We worked on ways that could fix his schedule and change some storylines to accommodate him. Since that time, it has been an absolute delight making the show. He has come to work with a smile. He brought all the crew together at the wrap last week. It was tough for him, this is a crazy show, he’s not a young guy, it’s really really gruelling and all I can say is that he’s in Hawaii right now, he got everyone on the crew these really expensive jackets and it was a really charmed experience from that moment.”

There has been optimism that Lethal Weapon could go beyond three seasons on Fox with new leading duo Wayans and Seann William Scott, who replaced Clayne Crawford, fired for bad behavior on set. Fox boss Charlie Collier was complimentary of Lethal Weapon‘s performance and told Deadline earlier today: “I think that the show has hit its stride, and it has done quite well [recently].

Miller admitted that he didn’t see Lethal Weapon being a “ten season show” but would love to tell a “few more delightful seasons of TV”. “As long as it feels like we’re dealing with fresh snow, not just the same cookie cutter model, it’d be great to do the show,” he said.