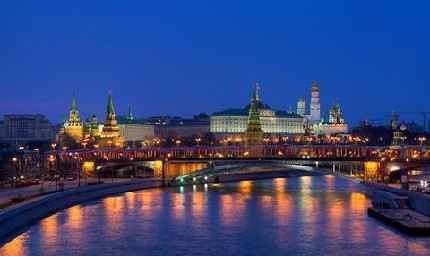 Close to 40 films will be presented at the inaugural edition of the Russian event.

New films by filmmakers Igor Voloshin, Darya Zhuk and Zaza Urushadze are among the near 40 projects to be presented at the first edition of the KinoPoisk FilmMarket (KFM) in Moscow next week (Oct 20-23).

Voloshin, whose previous films included Nirvana and I Am, will be pitching his Russian-Slovak thriller The Basement to potential co-producers on KFM’s first day on October 20.

The line-up of 18 fiction feature projects will also include Crystal by the New York-based Belorussian-born filmmaker Darya Zhuk, currently structured as a co-production between Vice Films (US), Funky Ferret Films (Germany) and Demarsh Films (Belarus), and Russian writer-director Michael Ides’ Humorist about the “first Soviet stand-up comedian” Boris Arkadiev, to be produced by Metrafilms with Hype Film and Latvia’s Tasse Film.

Other projects include two films developed as part of the B’Est workshops in Tallinn and St Petersburg – Elisabeth Tishova’s Sulayman Mountain and Konstantin Charmadov’s Sanaton – and a previous Moscow Business Square project, Ivan Bolotnikov’s feature debut Kharms, which is being handled internationally by Antipode Sales and Distribution and was one of the first Russian projects to be backed by Eurimages.

This will be followed the next day (Oct 21) by the CentEast Warsaw-Moscow showcase of 13 Eastern European works-in-progress, which are being presented for the first time in Warsaw today (Oct 14) as part of the Warsaw Filmfest’s CentEast Market.

The Warsaw and Moscow events will also be an opportunity to catch the first footage from Monk, the new feature film by the Georgian director Zaza Urushadze after his Oscar-nominated Tangerines, which sees him collaborating once again with Estonian producer Ivo Felt of Allfilm. Picture Tree has taken international rights.

The CentEast showcase will be followed by a pitching forum dedicated to documentaries with eight projects selected, including Berlinale Talents alumnus Alexander Markov’s Our Africa about how Soviet filmmakers created socialism in Africa on celluloid, French-born Louis Beaudemont’s exploration of musical trends from the 1960s to 1980s in the former Soviet Union in Soviet Groove (also presented at a previous edition of Moscow Business Square), and Gayane Petrosyan and Martin Herring’s Natalie, Queen of the Seas, to be produced by Mike Lerner of the UK’s Roast Beef Productions.

KFM will feature roundtables and panel discussions on such subjects as 50 years’ collaboration between Russia and France, the prospects for closer cooperation with India, a stocktaking of Russia’s first five years as a member of Eurimages, as well as a one-day Digital Summit.

The event will also provide a link between the industry and its audience with the “October Screenings” of new Russian and international films being open to the interested cinema-going public.

The Screenings programme will open on October 19 with Xavier Dolan’s It’s Only The End Of The World and close on October 24 with Russian actor Gosha Kutsenko’s directorial debut Doctor which premiered at the Kinotavr – Open Russian Film Festival in Sochi last June.

In addition, the KFM Special strand will present films currently without Russian distribution to test the general public’s reaction along with the attending professionals.

KFM, which is being held at the Russian capital’s October multiplex cinema, is being organised by Russia’s leading online film database KinoPoisk with Tvindie Film Production and Reflexion Films, and with support from the Russian cinema circuit Karo.