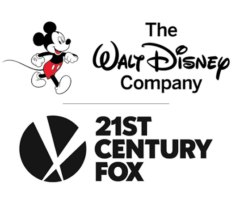 Disney studio chief Alan Horn has jettisoned a number of Fox projects from his development and preproduction slate.

After scrapping Fox 2000, Alan Horn is culling projects that were in development before the $71.3 billion deal closed: “They are looking at everything.”

Since Disney’s $71.3 billion acquisition of Fox assets closed March 20, film studio chief Alan Horn has jettisoned a number of Fox projects from his development and preproduction slate, including the $170 million tentpole Mouse Guard, the Tom Hanks starrer News of the World (to Universal) and an adaptation of Angie Thomas’ best-seller On the Come Up (to Paramount).

Also poised for curbside pickup, The Hollywood Reporter has learned, is Ted Melfi’s mental-hospital-set dramedy Fruit Loops, which has Woody Harrelson starring. (The project is still officially in the Disney fold, but likely will be put into turnaround.)

Three of the four films came from Elizabeth Gabler’s now-shuttered Fox 2000 division (Mouse Guard being the exception). Insiders say Disney is simply culling the enormous influx of projects. Mouse Guard, which was poised for a May start date, was said to be too expensive for a nonfranchise film.

As for why On the Come Up didn’t make the cut, a source says Thomas’ last project, The Hate U Give, lost $30 million to $40 million despite a modest $23 million budget and a marketing spend believed to be about $30 million.

Meanwhile, a number of movies greenlit in late December and early January by Fox film president Emma Watts, who made the transition to Disney, are moving forward. Those include the Matthew Vaughn-directed Kingsman prequel The Great Game, the low-budget witchcraft pic Fear Street and Steven Spielberg’s West Side Story.

Shooting now is Free Guy — a Shawn Levy-Ryan Reynolds collaboration — and Agatha Christie’s Death on the Nile. One Fox film that won’t be questioned is Avatar 2, which finished shooting last Thursday.

But even some of those green lights are being met with scrutiny. One source says Horn is questioning the apparent plan to have young characters smoking onscreen in West Side Story. “With Fox, we can make movies that right now I say no to. … We always have to think about the smoking policy. The audience for a Disney movie may not know what they are going to see, but they know what they aren’t going to see,” the exec said in a recent interview with THR. “There are certain things we just can’t include because we’ll get letters.”

Despite Mouse Guard now being shopped to other studios, Watts’ group is not being asked to make lower-priced movies, says a source. Rather, she is being tasked with making larger all-audience PG-13 and R-rated films. Look for the domestic terrorism thriller The Ballad of Richard Jewell — about the security guard at the center of the 1996 Atlanta Olympics bombing — to be among the first Fox green lights, possibly with Clint Eastwood directing.

“We are now just only beginning to see how all this consolidation will change how movies get greenlit and made,” says a producer involved with a Fox-developed movie. “They are looking at everything.”