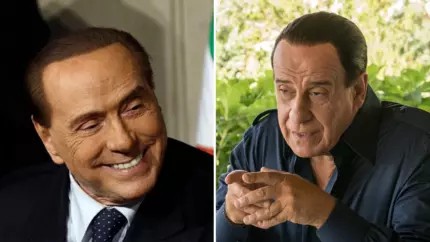 As Paolo Sorrentino’s two-part Silvio Berlusconi-themed film nears the end of its run in Italian theaters, Universal Pictures and Indigo Film say they are satisfied with the results of a distribution experiment that saw “Loro 1” and “Loro 2” released within about two weeks of each other.

The two installments, which depict Berlusconi’s raunchy antics while he was prime minister, have between them grossed €6.5 million ($7.6 million) and clocked about 1 million admissions. Universal Italy chief Richard Borg said the result was “in line with Sorrentino’s batting average in Italy,” though for single feature-length films. The combined receipts from both parts come in slightly below Sorrentino’s Oscar winner, “The Great Beauty,” and a bit above his most recent movie, “Youth.”

“Loro” posed a much bigger marketing challenge because of its two installments and its thorny political subject. It also comes at time when the Italian box office is in the doldrums, hit by double-digit erosion.

“It was a novelty,” Borg said, describing “Loro” as “a cinematic [TV] series of sorts.” Both parts were about an hour and 45 minutes long, and follow Sorrentino’s widely watched TV show “The Young Pope,” starring Jude Law. Producer Nicola Giuliano called “Loro” a “hybridization of the way we watch TV series and movies.”

Sorrentino did not initially conceive of “Loro,” which translates as “Them,” as two movies. But owing to the complex subject matter, “at a certain point he realized that’s what he wanted to do,” Giuliano said.

“To finance an Italian-language film with an €18 million ($21 million) budget, you need to figure something out,” Giuliano added. So he thought: “Maybe the [Italian] market is mature enough for a film in two parts.”

Borg noted that, after Part 2 was released, there was a 10 day-period during which both installments played on roughly 900 Italian screens (about a third of the country’s total), allowing audiences to see them back-to-back.

Sorrentino has now completed the edit of a single-installment version of “Loro” for the international market, which clocks in at two hours and 25 minutes and is likely to launch from the Toronto film fest in September. Universal will also release this standalone version in Italy by the end of September to give it an Oscar-qualifying run. Pathe has pre-sold it to several European territories and will be showing it to U.S. buyers.

The film’s subject, Berlusconi, went through “a whole series of ups and downs” during the movie’s production and release, Borg said. In December, when release dates were being decided, “we were hearing that he was very sick,” Borg said. The former premier then bounced back and went through various political contortions before elections in March, which have put him back on Italy’s political stage, but on the sidelines. “Loro’s” marketing campaign started in earnest only after the election was over, to prevent the film from getting caught up in current politics.

Although there are no reports that Berlusconi has seen the film, Borg said that “it’s been shown to people in his entourage.”

Ironically, Italians who don’t catch “Loro” in the theaters will get to see it on Berlusconi’s own Mediaset TV outlets, which have an exclusive deal with Universal.