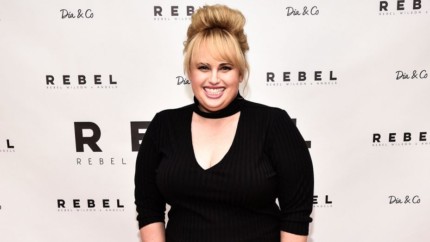 The ‘Pitch Perfect’ actress will have to return most of the $3.6 million she won in damages from Germany’s Bauer Media, whose publication ‘Women’s Day’ published a series of damning articles about Wilson.

Pitch Perfect actress Rebel Wilson has lost an appeal against a court decision that cut a record payout against Germany’s Bauer Media, which was found to have defamed her in a series of articles.

Wilson successfully sued Bauer won a $3.6 million (4.56 million Australian dollars) in damages from the German publisher last year after a court found a series of articles published in Bauer-owned magazine Women’s Day were false and defamatory.

The articles accused the Australian-born actress of lying about her age, name and childhood events in order to make it in Hollywood. Wilson argued the accusations had cost her roles and damaged her professional reputation. The damages awarded were a record for Australia.

But Bauer, backed by numerous major Australian media companies, appealed the decision and in June a court agreed, slashed Wilson’s payout. The court agreed with Bauer that there was insufficient evidence that the defamatory articles prevented Wilson from getting lucrative roles. It cut her payout to $600,000 Australian dollars ($436,000), ordering the actress to repay the rest to Bauer.

Wilson had appealed against that decision but the High Court on Friday dismissed the case.

Wilson took to Twitter, saying she was glad the “long journey in the Australian courts” was finally settled.

“I have been determined to stand up to a bully and I am proud of myself for doing so. To win such a huge case and receive $600,000 in damages from Bauer Media …. I am proud of this victory and all of the hard fight!”

A spokesman for Bauer Media said the company was also pleased that the matter had come to an end.

“Bauer Media is invested in its Australian business now more than ever,” Bauer chief executive Paul Dykzeul said in a statement. “Our audience trust our content and our writers, and they love our iconic brands like Woman’s Day and Australian Women’s Weekly.”

Wilson, best known for her roles in Bridesmaids and the Pitch Perfect films, next appears in Todd Strauss-Schulson’s rom-com parody Isn’t it Romantic?