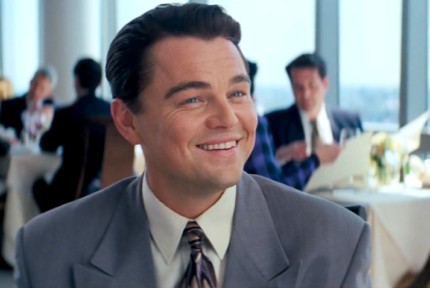 Scorsese’s “The Irishman” will surpass “Wolf” to become his longest narrative feature ever, but in a different reality that might not be the case.

The announcement that Martin Scorsese’s gangster movie “The Irishman” will run 210 minutes has left cinephiles in a state of shock and awe. For every person on social media expressing excitement over Netflix letting Scorsese see his vision through seemingly uncut there are many more bemoaning the rise of increasingly longer runtimes. At three hours and 30 minutes, “The Irishman” will run a half hour longer than “The Wolf of Wall Street” to become the longest narrative feature of Scorsese’s career. However, this fact would not be true had Scorsese been able to release his original four-hour “Wall Street” cut. The 240-minute “Wall Street” would have made the 210-minute “Irishman” not so much of a big deal.

Scorsese has long downplayed the existence of the four-hour “Wolf of Wall Street.” In a January 2014 interview with Gold Derby, the director said that while a 240-minute version of the movie did exist it was more or less an assembly cut. An assembly cut brings together all of the footage shot during production, meaning the editor has not begun to chip away at individual scenes.

“Well, I think there are some scenes we could make available, so to speak,” Scorsese said about adding deleted scenes to the “Wolf” home video release. “Quite honestly, the four-hour version was just the first cut. I mean, ‘Alice Doesn’t Live Here Anymore,’ that was a three-hour, fifteen minute cut, the first cut, [but] the film is an hour and forty five. So it’s part of a filmmaking process. I don’t think there’s any major scene that I dropped. We did do some wonderful improvisations and some very funny moments we had to whittle down so to speak, and I do miss a few of those.”

Scorsese’s legendary editor, Thelma Schoomaker, tells a different story. The Oscar winner told The New York Times in 2014 that the four-hour “Wolf of Wall Street” was more than just an assembly cut because it had been test-screened for audiences. Schoonmaker said a four-hour version of the movie performed very well in test screenings, “but it’s just not feasible to distribute that.” The movie was released at three hours, but even that runtime earned some backlash.

“A film like ‘Wolf’ is intended to be sprawling,” Schoonmaker said at the time. “Marty wanted things to go just a little too far in the scenes sometimes, to test the patience of the audience just a bit. Because that’s what the whole movie is about.”

Schoonmaker told HitFix (via IndieWire) around the time of the “Wolf” theatrical release that “people loved the four-hour cut.” The editor also revealed that for a brief moment Scorsese and herself were thinking about going the “Kill Bill” route and releasing “Wolf” in two parts.

“Well, we thought about it. We did. But the film doesn’t work split in half,” Schoonmaker said. “It has to have a certain arc. We did think about it, believe me.”

According to Schoonmaker, even test audiences and executives that felt the movie was too long at four hours had no idea what could be cut out of it. Eventually she opted not to cut out any scenes but simply shave off some of the duration of certain moments.

Nearly six years after “The Wolf of Wall Street” release, many Scorsese fans would love to be able to get their hands on the long-discussed four-hour cut. If a 240-minute “Wolf” was good enough for Schoonmaker, than moviegoers should feel confident every minute of a three-and-a-half-hour “Irishman” will be worth it.

“The Irishman” is set to world premiere on opening night of the New York Film Festival. Netflix will kickoff an exclusive theatrical release for the movie on November 1 before a streaming debut on November 27.