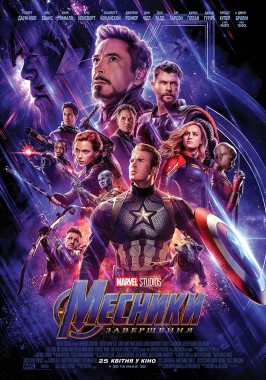 The Iron Man actor had negotiated a unique financial arrangement with studio chief Kevin Feige to receive backend profit on the series, resulting in what sources say was at least a $75 million haul for ‘Infinity War.’

After 22 movies and more than a decade, the gargantuan Avengers: Endgame was the last roll of the dice — or Infinity Stones, as it were — for several key characters. But figuring out which stars are staying in the fold at Marvel Studios or saying their final farewells isn’t as easy as a Thanos snap of the fingers. (Warning: Spoilers below.)

Take the fate of Scarlett Johansson, aka Black Widow. Her story arc is definitive in Endgame, but the actress who plays the spy heroine will be returning for a 2020 stand-alone film, earning a figure in the $20 million range for both starring and producing. Or Chris Hemsworth, i.e. Thor, who signed with Marvel for five movies in 2010, then renegotiated in 2017 for Infinity War and Endgame, putting himself in the $15 million to $20 million range and ready for the next phase of films. Captain America Chris Evans, who also had a five-picture deal, not including cameos, renegotiated in the same $15 million to $20 million range before meeting his fate in Endgame.

Meanwhile, the face of the franchise, Robert Downey Jr. — Iron Man himself since 2008 — had negotiated a unique financial arrangement with studio chief Kevin Feige that over the years resulted in massive paydays for the actor. Downey receives backend from the Avengers movies: Multiple knowledgeable sources tell The Hollywood Reporter that the actor likely walked away from 2018’s Infinity War, which grossed more than $2 billion, with at least $75 million. Even in 2017’s Spider-Man: Homecoming, he received $5 million a day for three days’ work.

For other star deals, the math is changing. As the Marvel films have hit new heights at the global box office since Iron Man grossed $585 million worldwide, the studio is said to have raised the threshold for star bonuses. Several years ago, a bonus would kick in after the $500 million global mark, says an agent with insight into the dealmaking process. That threshold later became $700 million. Now, especially for Avengers movies, bonuses don’t kick in until the film hits at least $1.5 billion, this source says. (Marvel and the actors’ reps declined comment.)

Part of Marvel’s next phase includes the segueing of many characters to their own series on Disney’s new streaming service, Disney+. Elizabeth Olsen (Scarlet Witch), Anthony Mackie (Falcon), Sebastian Stan (Winter Soldier) and Jeremy Renner (Hawkeye) negotiated deals that are separate from the movie contracts for what sources say will be six to eight episodes.

Those contracts don’t negate appearances in future Marvel movies, which could result in a separate round of dealmaking. The next few big-screen adventures build on the plot threads of Endgame. Chadwick Boseman (Black Panther) and Benedict Cumberbatch (Doctor Strange) have one more option apiece, which will result in sequels to their solo movies, say sources.

Then there are new additions to the cinematic universe such as Eternals, which will be led by Angelina Jolie and start shooting this year, and Shang-Chi, centered on an Asian hero yet to be cast that will shoot after Eternals. And Guardians of the Galaxy 3 is planned for a 2020 shoot — the current five stars are expected to reunite — with James Gunn back in the saddle as director. Adds one source: “With Marvel and with Kevin, there’s always a long game in play.”