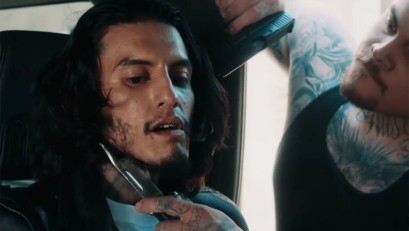 For those fast enough, ‘Khali the Killer’ was available in its entirety for free this morning.

In an era where audiences complain that movie trailers spoil too much, Sony Pictures Home Entertainment unveiled the most spoiler-filled trailer of all Tuesday morning when what claimed to be a YouTube version of the red-band trailer for Khali the Killer turned out to be all 89 minutes and 46 seconds of the movie.

The movie was written and directed by Jon Matthews and stars Richard Cabral as the titular hitman whose final job is ruined when he develops empathy for the intended victims. Sony Pictures Home Entertainment released the film on DVD in November last year.

The video, initially noticed by CBR.com, was live on Sony’s YouTube channel for around eight hours before being removed. Despite the fiasco, it’s worth noting that the move arguably brought more attention to the feature than it had received to this point. Instead of reprimanding the person responsible, perhaps they should be brought into the marketing department.