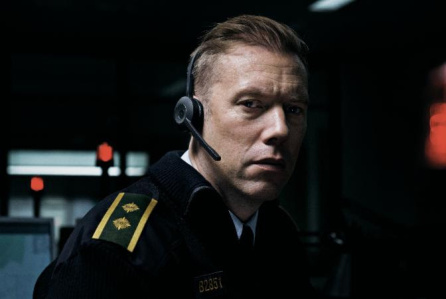 Gustav Moller’s debut is a suspenseful chamber piece in which a dispatcher frantically attempts to set things right.

Danish thriller “The Guilty,” Gustav Moller’s riveting first feature, would work just fine as a radio play. We meet beleaguered 911 operator Asger (Jakob Cedergren) dealing with a real-time emergency in his claustrophobic office, juggling calls in real-time as he makes a desperate attempt to save multiple lives. No angel himself, Asger pushes back on the bureaucratic process of reporting incidents to take a seemingly dire kidnapping scenario into his own hands with mixed results. With Cedergren’s frantic performance driving the story forward, “The Guilty” is an economical chamber piece that never slows down, and it’s only a matter of time before Hollywood snatches up the remake rights.

This minimalist approach is familiar terrain. While the plight of an emergency dispatcher calls to mind forgettable Halle Berry vehicle “The Call,” Moller’s movie actually bears more of a resemblance to “Locke” and “Buried,” single-set movies based almost entirely around a single character and the fragmented communications he has with the outside world. Like those precedents, “The Guilty” stands out as an exemplar of the form. Notably, Asger’s no hero, and he’s on shaky ground from the outset. “The Guilty” is as much about his dire situation as the one on the other end of the line.

A former police office facing a court date for unknown crimes the next morning, he’s been chained to a desk and stuck juggling endless calls. Just as his shift draws to a close, he receives a call from a terrified woman (Jessica Dinage) claiming she’s been kidnapped by her husband, who’s at the wheel. Asger attempts to take charge, coaching the woman into pretending she’s on the phone with her young daughter, then attempts to corral some units into finding the vehicle. That time-based task runs headlong into another one, and a series of complications arise as Asger learns more about the conundrum that led the woman to her current situation. Because the movie never leaves his side, we can only assess the situation through the tidbits of information he gathers throughout the evening, and must do the detective work along with him.

With time, Asger’s behavior reveals a decisive character with no patience for the protocol beyond his control. Ignoring commands from superiors to wait for police to assess the situation, he calls an off-duty peer to investigate the woman’s house, and eventually gets the apparent criminal on the line. Moller rolls through the circumstances with a taut editing style with extreme closeups as Moller’s eyes dash about and his fingers tap keys in a never-ending quest to glean more information about the remote emergency. Though a handful of coworkers come and go around him, they’re largely in the background; no matter how much he attempts to gather more resources, he’s trapped by the limitations of his role — and his decision to bypass the restrictions of his job leads to a series of miscalculations that only make matters worse.

As “The Guilty” zigzags through a series of developments, its premise starts to wear and some of the biggest twists feel almost too neatly inserted to keep forward momentum in check. Nevertheless, there’s a weaker version of this movie that would involve cutaways to the various other locations Asger reaches by phone, and part of the thrill factor comes from imagining those scenarios along with the beleaguered protagonist. Much of the movie unfolds in his imagination, which sets the stage for some misdirection that pays off in a suspenseful climax that remains unpredictable until the very last call.

Above all else, “The Guilty” is an acting showcase for Cedergren, whose has a considerable presence in European film and television but has yet to gain visibility in the English-language world. If the movie does come to the attention of a studio eager for existing material to bring to a wider audience, it would be wise to bring the actor along for the ride. As he veers from icy restraint to sweaty intensity, he provides an emotional template for the story of a man whose sincere intentions could set things right or ruin everything at any given moment. Yet “The Guilty” doesn’t demand a remake, because it gets the job done just fine on its own.

“The Guilty” premiered in the World Cinema Competition at the 2018 Sundance Film Festival, where it was acquired for distribution by Magnolia Pictures.