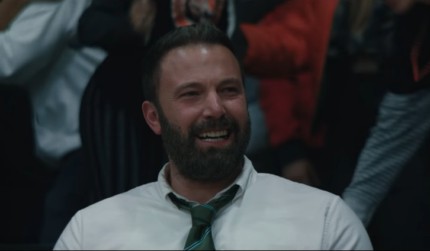 ‘The Way Back’ Trailer: A Most Unexpected Ben Affleck Basketball Drama About Addiction. Ben Affleck reunites with his “The Accountant” director Gavin O’Connor for the Warner Bros. 2020 drama.

The last time Ben Affleck starred in a film from director Gavin O’Connor it was the 2016 action thriller “The Accountant,” but anyone hoping for more assassin drama in their 2020 reunion “The Way Back” will be disappointed. It turns out “The Way Back” is an inspirational basketball drama and an addiction drama all wrapped into one. The script was written by Brad Ingelsby and brings O’Connor back to similar territory as “Warrior,” his acclaimed 2011 sports drama about brothers facing off in the mixed martial arts ring.

“The Way Back” stars Affleck as Jack Cunningham, a former high school basketball phenom who earned a full university scholarship but then shockingly walked away from the game, forfeiting his future. Jack then faces an unspeakable loss and spirals into alcohol addiction that costs him his marriage and a family.

Warner Bros.’ official synopsis for “The Way Back” continues: “When Jack is asked to coach the basketball team at his alma mater, which has fallen far since his glory days, he reluctantly accepts, surprising no one more than himself. As the boys start to come together as a team and win, Jack may have finally found a reason to confront the demons that have derailed him. But will it be enough to fill the void, heal the deep wounds of his past, and set him on the road to redemption?”

“The Way Back” is one of three Affleck star vehicles potentially set for 2020, the others being Dee Rees’ “The Last Thing He Wanted” (which is expected to turn up at the Sundance Film Festival at the start of the new year) and Adrian Lyne’s “Deep Water.” Affleck was most recently in theaters in a starring role with the Netflix action thriller “Triple Frontier.” The actor has been more selective with his roles as of late after leaving the DCEU after two turns as Batman/Bruce Wayne.