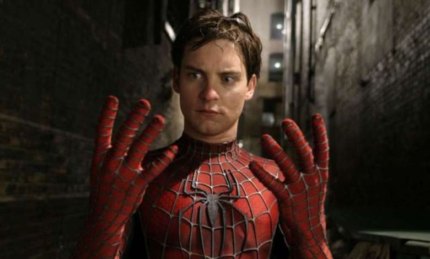 Tobey Maguire’s ‘Spider-Man’ Screen Test Was Much Darker Than Original Film. Multiple F-bombs were also dropped for some reason.

The snippet for 2002’s big-screen incarnation of the web-slinger is a little more than a minute long and deserves another look with Spider-Man: Homecoming dropping Friday.

The most striking aspect of the Maguire screen test is how dark the tone is when compared to that of the final PG-13 product. However, it does have a vintage Sam Raimi feel to it, so it’s not completely out of place.

Going along with the adult feel, the run-of-the-mill bad guys drop numerous F-bombs, which is just random.

Lastly, Maguire is ripped, like super ripped. It appears they told him to tone it down at the gym because his physique in the movie is nowhere near as cut as it was in the test.