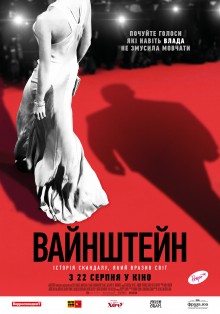 Ursula MacFarlane’s feature doc Untouchable: The Rise and Fall of Harvey Weinstein was watched by 1M viewers on its British television debut. The 90-minute film, which was original commissioned by the British public broadcaster, scored the 1M peak between 9pm and 10:30pm on Sunday night on BBC Two in the UK.

Untouchable averaged 942,000 viewers with a 5.9% share across its entirety – a respectable but not extraordinary rating for the channel. It was up against Peaky Blinders on BBC One, which averaged 3.6M viewers and PBS co-production Sanditon on ITV, which averaged 3M. It beat The Handmaid’s Tale on Channel 4 in the 9pm slot.

The feature-length documentary, which premiered at the Sundance Film Festival and airs from Monday on Hulu in the U.S., was directed by MacFarlane, who has directed docs including Charlie Hebdo: Three Days That Shook Paris and worked on Netflix series Captive, and produced by Simon and Jonathan Chinn’s Lightbox.

It documents how Weinstein went from being a concert promoter in Buffalo to a movie mogul with a penchant for collecting Oscars. It tells a number of harrowing stories about how the former Miramax and The Weinstein Company chief interacted with female colleagues and actresses.

Those featured in the film include Boardwalk Empire star Paz de la Huerta, who describes how she was “terrified” of going to the police after Weinstein allegedly attacked her, Caitlin Dulany, Hope d’Amore, Erika Rosenbaum, Nannette Klatt and Rosanna Arquette as well as former Miramax employee Zelda Perkins, who plays a number of voicemails that Weinstein left for her after she confronted him for attacking an assistant.

It also details the extent to which Weinstein was prepared to fight off allegations using private intelligence agencies such as Black Cube as well as his control over the media. Journalists Andrew Goldman and Rebecca Traister detail an incident at a New York city party.

Untouchable also features interviews with the journalists that broke the story: Ronan Farrow for The New Yorker and The New York Times’ Jodi Kantor and Megan Twohey.

MacFarlane told Deadline earlier this year that she came on board as soon as Simon Chinn, who has won Oscars for Searching for Sugar Man and Man on Wire, approached her.

“He called me up not long after the story broke and he said, ‘Look I want to raise the money and make this film, are you in?’ I almost jumped up and down and said, ‘Yes, absolutely’,” she said.

But she admitted that there were challenges, including what can the film say that is new.

“Obviously, you can go where the access takes you. You can’t tell the inside workings of the business story unless you have those people. There are a lot of people who have a lot of lose still, talking about Harvey Weinstein. So, we just thought, Let’s make a virtue of that and talk to the people who are courageous enough to talk to us’ and they were those women, and also the Miramax and Weinstein Company insiders, who I felt were also very brave to talk to us.”

Weinstein denies allegations of non-consensual sex and criminality and has pleaded not guilty to criminal charges ahead of a trial next year.