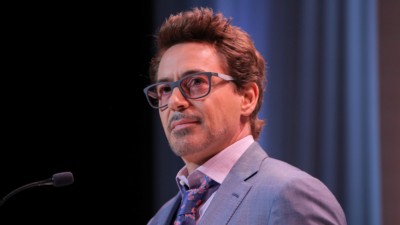 Audiences will have to wait a little longer to watch Robert Downey Jr. talk to the animals. “The Voyage of Doctor Dolittle,” the latest cinematic adaptation of the children’s books about a medical professional with some stunning linguistic abilities, will hit theaters on Jan. 17, 2020.

The movie was initially slated to debut on April 12, 2019, but Universal, the studio behind the fantasy adventure, wants to move it to a less competitive time of year. Next spring is packed with big-budget films that will be fighting for younger audiences. Disney’s “Dumbo” also boasts adorable, chatty critters, and Warner Bros. has high hopes for “Shazam!,” its tongue-in-cheek superhero pic.

A January opening could help “Dolittle” find its groove. That gives the movie enough distance from holiday releases such as “Star Wars: Episode IX” and a sequel to “Jumanji” that will also cater to family crowds.

Universal will use the “Dolittle” slot to launch “Little,” a comedy with “Black-ish” star Marsai Martin that was originally intended to debut on Sept. 20, 2019. “Little” sounds like a spin on “13 Going on 30” or “Big.” It centers on a woman who gets to relive her carefree childhood when adulthood gets to be too much to bear.

“The Voyage of Doctor Dolittle” is directed by Stephen Gaghan, a filmmaker best known for the far grittier “Traffic.” Its cast includes Antonio Banderas and Michael Sheen, along with a cavalcade of A-list talent voicing animals that boasts Tom Holland, Ralph Fiennes, Emma Thompson, Octavia Spencer, and Kumail Nanjiani.