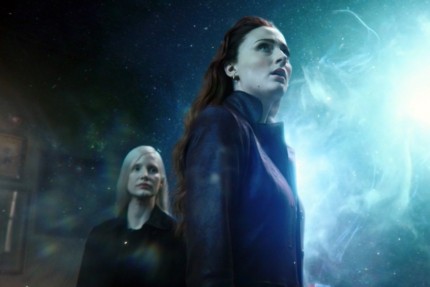 Despite an effort to not reproduce the failures of ‘Apocalypse,’ the studio’s creative team had trouble selling the vision for a finale: “When definite awareness of ‘Rocketman’ is higher than an X-Men movie, you know you’re in strange territory.”

For almost two decades, Fox’s X-Men series has been one of the biggest movie franchises in the world. The initial film, X-Men, released in 2000, predated the dominance of the comic book movie genre, and the franchise has been a reliable player at the box office ever since, generating more than $5.7 billion worldwide theatrically.

With Disney’s $71.3 billion acquisition of most of 21st Century Fox assets, a deal that officially closed in March, Dark Phoenix marked the end of the X-Men era at Fox. With its dismal $33 million stateside opening, it ends that era with a whimper, not a bang.

It wasn’t supposed to be this way.

Dark Phoenix was, in many ways, meant to be the ultimate X-Men movie. The tentpole was seen as a course corrective after X-Men: Apocalypse, the 2017 critical and fan failure that grossed $200 million less than the much-praised Days of Future Past two years earlier. But a series of missteps by the studio — some prompted by outside forces — came together to cause the failure.

From the outset, it seemed that Fox, led by Stacey Snider and Emma Watts, and producers Simon Kinberg and Hutch Parker had learned the wrong lessons from the disappointing Apocalypse.

Insiders tell The Hollywood Reporter that in a series of postmortem meetings on Apocalypse, execs came away thinking that the movie’s failure had been due to an excessive amount of explosions and scale, not due to franchise fatigue generally. “There was a misguided feeling that [Apocalypse] was an anomaly, that we just got it wrong,” says one Fox insider familiar with those meetings. “We were wrong.”

Audience fatigue and erosion have hit even the most venerable franchises. Hence the proliferation of reboots, reimaginings and ever grander cinematic universe ambitions. “It’s a real head-scratcher on how you keep coming back,” says one studio executive, noting that even James Bond and Star Wars have had ups and downs. Some franchises, like Fast and Furious, have reinvented themselves with new concepts and a new cast. Others, such as Die Hard and Terminator, keep underperforming critically (if not commercially) no matter how persistently producers bring them back.

With Dark Phoenix, Fox did not reboot X-Men. In some ways, it doubled down on what it had; it went back to the cast from Apocalypse and then decided to tackle a story previously adapted in 2006’s X-Men: Last Stand, the Brett Ratner-directed entry generally considered among the worst in the franchise. Fox then tapped Simon Kinberg to helm the movie.

Kinberg co-wrote Last Stand and resurfaced years later as a producer on 2011’s X-Men: First Class, which rebooted the series with a new cast and new time period. Kinberg became an architect of the franchise, but was not a director. However, he stepped behind the camera, to a lesser extent on Future Past, greater on Apocalypse, when director Bryan Singer would not show up on set, according to several sources. Kinberg’s work on Apocalypse won over the franchise’s A-list stars, whose three-film deals were up with that movie. The entire group decided to re-up for one last outing.

Shooting began at the end of June 2017 and wrapped in October of that year. But during postproduction, Kinberg and Fox realized reshoots would be needed. Due to a cast that included in-demand actors such as Jennifer Lawrence, James McAvoy, Michael Fassbender, Jessica Chastain and Nicholas Hoult, the reshoots didn’t occur until October 2018. What followed, according to several sources, was two weeks of principal shooting and three weeks of second unit, happening concurrently.

Fox executives were not concerned about the reshoots, which have become de rigueur for big superhero spectacles and are often built into contracts. (In fact, the X-Men movie that may have had the most reshoots is First Class, say current and former Fox executives. The movie, which shot in Georgia and London, wrapped its initial shoot with the third act only half complete because filmmakers knew their ending didn’t work. Reshoots occurred months later in Los Angeles, with the resulting movie a hit.) What the reshoots did, however, was force a change in release dates, and it’s here that Dark Phoenix, already made under bad auspices, began to veer more off track.

At first, the movie had a release date of Nov. 2, 2018. With more work needed on the movie, it was pushed to Feb. 14, 2019. Then, with marketing already underway, Fox pushed the release date to June 3, 2019. Initially, the studio messaged that the move was to take advantage of a Chinese release and hopes for a strong global performance.

However, insiders tell THR that the move was to placate James Cameron, Fox’s most important filmmaker, and his concerns for his movie, Alita: Battle Angel. According to one source, Cameron felt Alita would lose horribly when facing a December opening weekend that included Aquaman and Bumblebee, with Mary Poppins Returns opening up two days earlier. He wanted his expensive movie shifted. Stacey Snider, according to this source, obliged, giving Alita the February date and moving Dark Phoenix to June. “Emma, Hutch and Simon begged her not do it,” says this source.

Part of the reasoning was that Dark Phoenix was not designed to be a summer movie, says the Fox insider. In some ways, it was designed to be an anti-Apocalypse, to have less spectacle and scale. Big for off-season, too small for summer, says this person.

At the time, preparations for the Disney-Fox acquisition were in full swing. Marketing and publicity and distribution execs were either being forced out or had one eye on the door. “The campaign was muddled,” says a former Fox executive. “Was this the final X-Men movie? Was it about a character going back? This movie just got lost.”

An NRG tracking poll taken in May showed that Avengers: Endgame, Marvel Studios’ rival superhero franchise, was rated higher than Dark Phoenix as a choice for moviegoers — and that’s after Endgame had been playing in theaters for five weeks already. “Definite awareness never got a score over 75 on tracking,” says one insider. “An X-Men movie had never been below 90.”

“When definite awareness of Rocketman is higher than an X-Men movie, you know you’re in strange territory,” says another insider.

With the movie’s dismal opening, its low critics’ score (22 percent on Rotten Tomatoes), and a B- Cinemascore with audiences signaling an outright rejection, the finger-pointing began in earnest. Lauren Shuler Donner, who has been a producer on the franchise since the first movie, tweeted, then deleted, “Save your condolences. I had zero, nothing to do with Dark Phoenix. Or Apocalypse, or New Mutants.”

Fox insiders say this is true, noting that Donner additionally did not have anything to do with the successful Logan and Deadpool and Deadpool 2, either, on which she received producer credit, thanks to generous contract terms. Donner, according to Fox insiders, has not been involved with the X-movies since leaving under a cloud of “creative differences” during the making of Future Past.

Dark Phoenix is not technically the last X-Men movie made by Fox. New Mutants, plagued by horrible buzz and numerous release date shifts, is, at this stage, set to open next April. Whether that will happen remains to be seen. Some speculate the movie could shift to a streaming run on a Disney-owned digital platform.

“I never write off any great franchise if there’s one underperformer,” says senior box office analyst Paul Dergarabedian of Comscore. “It’s always a learning lesson. And there’s a lot of lessons to be learned from this one.”

There is a near-certainty that the property will be revived by Marvel itself, and its president Kevin Feige, although that is likely years away. “There is no rush to bring the X-Men to the marketplace after this,” says one producer. “And when they come back, it’s going to extend Marvel’s run another 10 years.”

Says Dergarabedian: “Never give up on a franchise that’s been this good, this ubiquitous and this influential. I’m sure there’s more to come.”