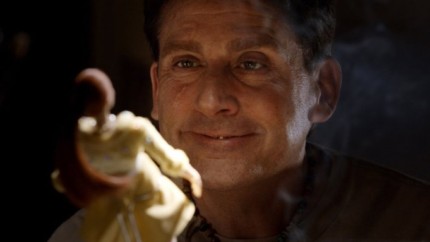 For the third time since his 2012 Oscar-nominated film Flight, filmmaker Robert Zemeckis tanked at the box office last weekend, with Universal/DreamWorks’ Welcome to Marwen bottoming out with $2.3M at 1,911 theaters.

This feature adaptation of the 2010 documentary Marwencol was an attempt by the director to deliver a similar type of heart-string-pulling drama (i.e. Forrest Gump, Cast Away) that moviegovers have come to expect from the Oscar-winning Zemeckis, who often infuses his work with VFX, specifically motion-capture. Audiences didn’t buy the pitch dispensing God-awful exit scores of two stars, 57% positive and a 37% definite recommend on PostTrak with a B- on CinemaScore.

Marwen, based on a true story, stars Steve Carell as Mark Hogancamp, who after being brutally attacked, heals his PTSD through art therapy constructing miniature WWII scenes of mostly female dolls. Ahead of Marwen‘s release, social media monitor RelishMix noticed a mixed reaction online among moviegoers with some people turned off by the protagonist’s fetish for wearing women’s high heels.

But before audiences rejected Marwen, the awards press did after seeing a cut in mid-November. And if that Illuminati flat-out flunked this movie, then this type of drama is as good as dead commercially at this point in awards season. Rotten Tomatoes was extremely low at 27% Rotten with Joel Morgenstern at the Wall Street Journal ranting that Marwen was “mind-numbingly immense, joylessly violent, and utterly lifeless…You’ve got to see it to believe it, though I wouldn’t advise doing so.” A year ago, the awards press was wishy-washy about Greatest Showman, but that movie (yes, completely different from Marwen) won over the masses since it was an anthem-fueled musical starring Hugh Jackman.

Thus, the industry debate continues whether an off-beat film such as Marwen is better suited as an in-home streaming experience or theatrical. Clearly, a big screen release was intended here. Deadline’s film finance sources project around a $60M loss for Marwen, after a $40M-$50M production cost and a global P&A of around $60M. Our sources with knowledge of the budget say that originally a $120M P&A was considered for the film during development, however, Uni cut that down significantly after they learned the pic was spoiled goods. DreamWorks sold down pro-rata with Universal to a 40% exposure with Perfect World providing additional financing due to its slate deal with the latter studio.

Marwen had an original release date of Nov. 21 and was then pushed a month to this past weekend as Universal prioritized Green Book for awards season, launching the Peter Farrelly-directed movie at TIFF where it won the fest’s top prize, the Grosch People’s Choice Award. We also heard Marwen jumped to this weekend as further VFX work was required. Again, if a studio has a bomb on their hands, there’s no better time to release it than at Christmas when a pic’s multiple can be 8x or more. Our finance sources see an estimated global film rental that’s less than $20M, with global ancillaries (global TV, home entertainment, free TV, SVOD) projected to bring in less than a combined $35M. Pin Marwen as another challenging high concept film that was a marketing nightmare (gosh, that title alone will keep people from coming in), not unlike Uni/Media Rights Capital’s sci-fi bomb from last weekend, Mortal Engines, which is set to lose well north of $105M.

For both Zemeckis and Carell, Marwen is their lowest wide release opening of all-time at the domestic box office. Zemeckis’ The Walk, a re-creation of the 1974 World Trade Center which also was a feature adaptation of the 2008 documentary Man on Wire, tanked in 2015, making $10.1M stateside, $61.1M worldwide. The director’s last movie in 2016, the WWII romance Allied starring Marion Cotillard and Brad Pitt, didn’t work either, making close to $120M off an $85M production cost.