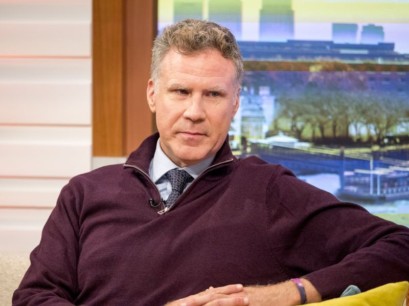 Will Ferrell has been attached to “Russ & Roger Go Beyond” since August 2014, but after years of development the project is no longer moving forward. Producer David Permut told Market Watch (via /Film) that a group decision was made between the cast and crew not to keep the project going given the film’s subject matter not being appropriate in the era of #MeToo and Time’s Up anti-harassment movements.

“Russ & Roger Go Beyond,” which was set to be directed by “Once” and “Sing Street” filmmaker John Carney, was set to star Josh Gad as film critic Roger Ebert and Ferrell as controversial film director Russ Meyer. The two collaborated on the infamous 1970’s melodrama “Beyond the Valley of the Dolls,” and the movie was to serve as a comical behind-the-scenes look at the film’s production. Because Meyer was a sexploitation filmmaker, the “Russ & Roger” team felt now was not the time to tell his story.

“We had funding and were ready to make the movie,” Permut said. “That green button turned into a red button literally overnight the moment the Harvey [Weinstein] news hit the world. When those allegations happened, people had reservations about this film so essentially a green-lit picture turned into a project that was not going to get made.”

Permut continued by saying Carney, Ferrell, and Gad realized “it wasn’t the right time to tell the story about a Hollywood filmmaker who makes sexploitation movies.”

“I didn’t necessarily believe that it’s not the time to tell a historically accurate project based on this true story because I think something can be learned from it,” Permut argued, “and Russ Meyer had strong women characters in his movies.”

While Meyers films did contain themes of female empowerment, some of them also depicted physical violence against female characters. Permut explained that the current climate in Hollywood made it clear “the timing was no longer right for the project.”

“A green-lit picture went away as a result of the changing times, but it is for the betterment of the world if we want to advocate equality for everybody,” Permut said. “We are a little more attuned to the new world where bad behavior is not going to be rewarded.”

With “Russ & Roger” officially dead, Carney, Gad, and Ferrell are all free to move on to other projects. Ferrell has “Holmes and Watson” with John C. Reilly set for release this Christmas, and he’s also a producer on the awards vehicle “Backseat” this fall.