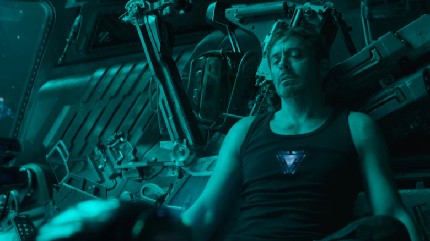 The Avengers just broke their own record; no, they just demolished it. Marvel Studios has revealed the first trailer for “Avengers: Endgame” earned 289 million views across streaming platforms in 24 hours, becoming the most viewed trailer in 24 hours in movie history. The trailer launched December 7 at 8am ET, and by the morning of December 8 had 43 million YouTube views, 35 million on Twitter, 28 million views on Facebook, and so on.

“Avengers: Endgame” takes the top spot from “Avengers: Infinity War,” which launched with 230 million views in its first 24 hours in November 2017. “Infinity War” ended up on a shocking cliffhanger, with the villain Thanos succeeding in his quest to eliminate half the universe’s population. Beloved Marvel characters such as Spider-Man, Doctor Strange, Star Lord, and Black Panther all turned to dust. “Avengers” films are often anticipated, but the so-called deaths of so many characters has turned “Endgame” into even more of an event.

The record-breaking numbers for the “Avengers: Endgame” trailer prove anticipation is through the roof for the MCU entry. “Infinity War” broke the record for biggest opening weekend of all time with $257 million, and it now appears “Endgame” has a chance of making even more over its first three days.