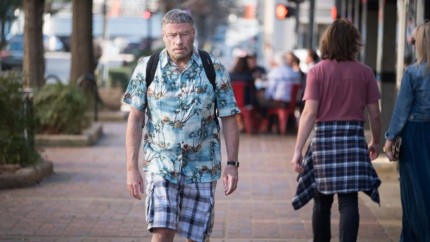 Critics have ravaged the stalker thriller, which marks the fourth dud in a row for the actor.

John Travolta’s run of bad luck at the box office is getting longer.

His new stalker thriller, The Fanatic, is bombing in theaters this weekend in what’s sure to be a career-worst opening for Travolta by the time final grosses for the long Labor Day holiday are tallied.

On Friday, The Fanatic grossed a mere $3,153 from 52 theaters scattered across the U.S. for a location average of roughly $60, according to those with access to grosses via Comscore. That means the movie may not earn more than $15,000 for the four-day holiday weekend. In a handful of theaters, it grossed $10 or less; the highest gross was $736 at the Arena Cinelounge in Hollywood.

The Fanatic — starring Travolta as the obsessed fan of a movie star — marks the fourth bomb in a row for the actor.

Critics have ravaged the indie thriller, directed by Fred Durst, best known as the frontman for Limp Bizkit.

The Fanatic is the first title from Quiver Distribution, launched in May by former Lionsgate executive Jeff Sackman and Berry Meyerowitz, who founded Phase 4 films and more recently worked at eOne.

Quiver’s aim is to release films across all platforms, both in cinemas and on digital. The Fanatic is only playing in a smattering of theaters before being made available on premium VOD on Sept. 6. Still, the psychological thriller is faring even worse than Travolta’s In a Valley of Violence (2016) and Killing Season (2013), both of which were also dual theatrical/VOD titles.

Travolta insisted that his last movie, Gotti, receive a more traditional release, but it didn’t help matters. Directed by Kevin Connolly, the 2018 mob biopic opened to $1.7 million from 503 locations before topping out at dismal $4.3 million domestically, the worst showing for a movie starring Travolta in a lead role.

Durst’s previous directing credits include the indie films The Education of Charlie Banks and The Longshots.

So far, Quiver isn’t officially reporting grosses for The Fanatic.