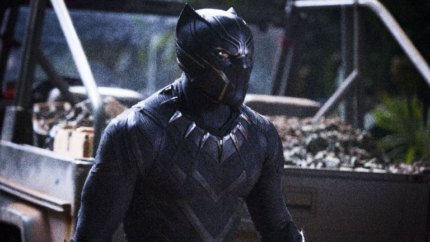 Disney’s ‘Black Panther’ Playbook: A Peek at the Marketing of a Phenomenon

“We went about making it feel like a cultural event,” says marketing executive vp Asad Ayaz of the stunts that included sports tie-ins, a Kendrick concert and a fashion show that helped deliver a record-breaking debut.

When director Ryan Coogler took the stage last July at Comic-Con to unveil clips of Black Panther, it wasn’t the first time fans had seen footage. The annual gather­ing in San Diego, along with Disney’s own D23 event, generally are the go-to launchpads for Marvel Studios’ marketing campaigns. But this time, Disney had debuted a trailer more than a month earlier during the NBA Finals on sister network ABC. That teaser generated 89 million views in its first 24 hours (besting Star Wars: The Force Awakens), the first step in a unique and groundbreaking campaign that led to a record $242 million opening over the Feb. 16-19 weekend.

In releasing the first event superhero pic featuring a nearly all-black cast, Disney’s marketing team leaned in. In addition to heavy ad buys for sports that deliver big African-American audiences, Disney initiatives included a music tie-in led by rapper Kendrick Lamar, whose Black Panther: The Album from Interscope Records debuted at No. 1 on the Billboard 200 album chart, as well as a stop at New York Fashion Week.

“The biggest thing for the campaign was really super-serving black moviegoers while also making it the broadest moviegoing event,” says Disney marketing executive vp Asad Ayaz, who handles Marvel titles. “This wasn’t just for our core Marvel fans. We went about making it feel like a cultural event.”

Coogler and the film’s stars, including Chadwick Boseman, Michael B. Jordan, Lupita Nyong’o and Danai Gurira, were sent on a major world tour similar to those undertaken for Marvel’s Avengers films, including stops in South Korea and Europe. And Disney made sure to include Africa, often overlooked by Hollywood studio marketers, by staging a premiere in South Africa and helping to coordinate screenings in Kenya, where Nyong’o is from, and Nigeria.

The move paid off in ways beyond what even Disney insiders were predicting. In addition to opening to a record-shattering $242.2 million and boasting the second-biggest four-day start in history behind Force Awakens ($288.1 million), Black Panther drew the most diverse North American audience ever for a superhero film. African Americans made up the largest share of the audience, or 37 percent, followed by Caucasians (35 percent), Hispanics (18 percent), Asians (5 percent) and Native American/Other (5 percent), according to comScore. Generally, black consumers make up around 15 percent of the audience for such fare. Black Panther is yet another victory for Marvel’s and Disney’s unrivaled superhero universe.

Now other studios are studying the Panther playbook to discern what Disney and Marvel did so right. Early this year, Panther promoters turned to college football in a major way. On Jan. 8, the studio organized the first halftime show during the College Football National Championship, where Lamar performed. A new trailer dropped during the game, featuring Lamar’s and SZA’s song from the film, “All the Stars.”

Disney also used the stunt to start selling advance tickets (Black Panther would go on to sell more tickets in advance than nearly any other movie in history, with Fandango responsible for 30 percent of all tickets sold in the U.S. on opening weekend). The football game, carried on Disney sister net ESPN, was watched by 28.4 million people, becoming one of the most viewed events in cable history.

Disney also quietly supported a grassroots movement raising money for kids to see the movie by helping with screenings when it could. Numerous actors, including Brie Larson, who stars in Marvel’s upcoming Captain Marvel, joined the effort. Others in the Disney stable also became ambassadors for Black Panther, including Oprah Winfrey, star of the studio’s A Wrinkle in Time (March 9), and that film’s director, Ava DuVernay.

“They promoted Black Panther both broadly like a blockbuster and deeply like a passion project,” says AMC Theatres executive vp and chief content and programming officer Elizabeth Frank. (The film set all-time revenue records in about 150 AMC theaters popular with African-American patrons.)

Overseas, Black Panther has grossed a better-than-expected $184.6 million but hasn’t broken any records (its international debut ranks No. 25 on the list of all-time top openings). One promising sign is South Korea, which leads all markets with $27.1 million. Marvel and Disney spent $200 million to make the tentpole and likely spent nearly as much on marketing. The film’s early global total through Feb. 19 was $426.6 million.

“The look and feel and timing of the marketing was extremely effective,” says Patrick Corcoran, vp of the National Association of Theater Owners. “It announced that this movie was different. Ryan Coogler was eloquent on how movies mattered to him. Everything about the way the movie was marketed built excitement and interest in seeing it. This mattered to the African American community. Diversity sells tickets.”

In addition to its themes of black pride and black power, Coogler’s film is heralded for featuring strong woman characters. “We started seeing a lot of interest among females under 25,” Ayaz says of the months leading up to Black Panther’s debut. Further tapping into this interest, Disney Consumer Products organized “Welcome to Wakanda: Fashion for the Black Panther Era” timed to New York Fashion Week.

The fashion show, held Feb. 12 in New York City, is a first for any Marvel film. On opening weekend, 44 percent of tickets buyers were female; generally, females make up about 40 percent of the audience for a superhero film (Wonder Woman being the big exception).

“Marvel stayed true to the character and the storyline and didn’t try to whitewash anything,” says Eric Handler of MKM Partners. “I like that they didn’t even think of it as a risky proposition and spent just as much on this film as they have previously.”