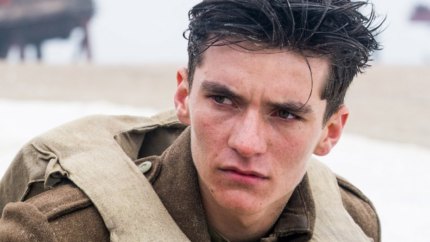 ‘Dunkirk’ Is Christopher Nolan’s Shortest Film Since His Directorial Debut

The helmer’s World War II epic opens in theaters next month and is one of the most anticipated movies of summer.

That’s 62 minutes less than Interstellar, the acclaimed director’s previous movie. Interstellar, released in November 2014, was his longest film with a running time of two hours and 49 minutes. Dunkirk is also substantially shorter than fellow 2017 summer movie, Michael Bay’s Transformers: The Last Knight, which opens Wednesday and runs a hefty two hours and 29 minutes.

Warner Bros., Nolan’s longtime home studio, will unfurl Dunkirk in theaters July 21. The movie, about the famous battle, is one of the most anticipated titles of what’s been an up-and-down summer thus far at the multiplex. A film’s running time includes credits, which can sometimes take up to 10 minutes.

Among other summer tentpoles, Wonder Woman runs two hours and 21 minutes, while Guardians of the Galaxy Vol. 2 clocks in at two hours and 15 minutes. And the upcoming Spider-Man: Homecoming is said to be two hours and 10 minutes long.

Following, the first film Nolan directed, was just one hour and nine minutes long. The neo-noir crime drama was shot entirely on 16mm stock and was a favorite on the festival circuit, winning the Grand Jury Prize at the Slamdance Film Festival.

Earlier this week, the filmmaker received a rapturous welcome onstage during Warner Bros.’ presentation at CineEurope, the annual gathering of international theater owners. Dunkirk, recounting one of the most famous battles of the war, was shot entirely on Imax film.