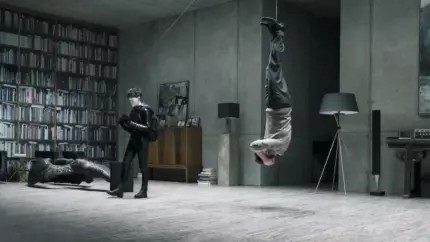 Fans of Stieg Larsson’s Millennium franchise won’t be pleased with the way Lisbeth Salander has been reduced to a Batgirl-like figure with a tacked-on psychological profile.

It was probably inevitable that Hollywood would neuter the best elements of Stieg Larsson’s “Millennium” franchise, but did the producers really need to shift it into a commonplace cross between a superhero flick and James Bond? David Fincher’s “The Girl With the Dragon Tattoo” tried hard to balance the Swedish films’ sensitivity to protagonist Lisbeth Salander’s severe psychological trauma with broad box office appeal, but “The Girl in the Spider’s Web” — based on the novel by Larsson’s successor David Lagercrantz — is more vested in fiery external explosions than internal pain, reducing Salander to a quirky Batgirl-like figure, soft-pedaling her feminism, practically eliminating her queerness, and tossing in an American so the U.S. can save the world. Director Fede Alvarez (“Don’t Breathe”) delivers some big-bang thrills in a slick production that will do hefty business, but for Salander fans, this entry feels like a betrayal.

Audiences not familiar with the characters will be more forgiving, especially if Sony markets this as a fast-paced thriller needing little to no background information. But it’s hard to imagine jumping in without any knowledge of Salander’s disturbing past as a victim of multiple sexual assaults beginning when she was a child. One of the major achievements of the three Swedish films was their ability to project an atmosphere of near constant violence against women, without using it as an excuse for fetishizing the brutality. That sensation is absent here, replaced by a tiresomely unoriginal nemesis in the guise of Lisbeth’s sister Camilla (only briefly mentioned in the Larsson volumes and completely absent from the previous films) whose cartoonish profile plays like a one-dimensional Bond villainess. In addition, in the earlier versions Salander’s need to help women abused by men had a vigilante crusade element yet it never became a kind of score card, which is how it’s rendered here.

Succeeding Noomi Rapace and Rooney Mara in the iconic role is Claire Foy, fresh from “The Crown” and “First Man,” proving herself to be chameleon-like in appearance but unable to bring much depth to a character whose personality and temperament are dependent on previous incarnations rather than this film’s by-the-book screenplay. Casting Icelandic-Swedish actor Sverrir Gudnason (“Borg McEnroe”) as Mikael Blomkvist was meant to give a more authentic Scandi flavor, but the script renders him less than colorless, generating zero chemistry with his co-star and speaking in an even less accented English than Foy, who assumes a slight Swedish accent because, as with the Fincher film, all signs in Sweden are in Swedish but all dialogue and written material are incongruously in English.

The adult Salander is first seen stringing up a wealthy abuser with a penchant for beating women to a pulp: She’s like a caped crusader ridding Gotham of random sadistic bastards. Soon after, she receives a phone call from Frans Balder (Stephen Merchant), a terminated employee of the National Security Agency who inquires if she’s willing to attempt the impossible: He developed a computer program called FireFall, which accesses the world’s nuclear weapon codes, but now he’s concerned that the U.S. doesn’t deserve such power and asks Salander to leech it from the NSA’s databanks. No problem — she’s got loads of free space on her laptop, and it’s a piece of cake to upload it on her system and delete it from the Americans. The hard part is getting the additional codes needed to unlock the system.

Balder regrets his decision and appeals to the Swedish Secret Service (SAPO), whose deputy director, Gabriella Grane (Synnøve Macody Lund), puts him and his young son August (Christopher Convery) under guard. Meanwhile, NSA agent Edwin Needham (Lakeith Stanfield) traces the illicit download to Stockholm and tries to locate the culprit, but SAPO isn’t willing to cooperate. Unfortunately they’re all out of luck because Lisbeth’s computer was stolen in a daring raid that left her spooky loft an incinerated mess. However, a photo captured from her surveillance cameras gives a clue: One of the gang had a spiderweb tattoo, which she traces to a gang of Russian thugs.

Naturally, the Russians are one step ahead, kidnapping August after massacring Balder and the guards around him. Salander is close behind, rescuing the boy after a daring car chase that ends with the appearance of her long-lost evil sister Camilla (Sylvia Hoeks). The siblings couldn’t be more different, Lisbeth’s short hair and all-black outfits contrasting with Camilla’s long blonde tresses and all-red clothing — this visual ying-yang moves “Spider’s Web” even more into the realm of a graphic novel and consequently further from anything Larsson might have imagined. Lisbeth needs to protect August, a math whiz who knows the code to make FireFall work, which inevitably means pairing up with Needham in order to protect the boy from the forces of wickedness and return the nuclear weapons program to the Americans, champions of world freedom.

Investigative journalist Blomkvist is on-hand to help, but his character has never been so marginalized — given how bland he’s become, it’s just as well. Another change for the worse is the conception of Millennium’s publisher Erika Berger (Vicki Krieps), no longer the older woman in a relationship with the younger Mikael but now a younger boss whose extramarital affair with her reporter is as uninteresting and unremarkable as the roles themselves. As for Lisbeth’s love interests, she’s seen once in bed with another woman (no hanky-panky is shown), but otherwise her sexuality is unexpressed.

Alvarez soups it all up with action sequences that occasionally give a rise, accompanied by a nearly omnipresent music soundtrack as predictable as it is unnecessary. In keeping with a particular vision of Scandi noir, Sweden is seen as a country of black and gray — even Fincher leavened it with sharp blues, playing on contrasts of light and dark that’s totally absent here. Presumably this is the way the remaining films of the franchise will play out, with Salander just another superhero with a stuck-on psychological profile rather than a three-dimensional young woman dealing with severe trauma, trying to seek justice in a world stacked against her. How sadly ironic that in the midst of the #MeToo moment, one of recent fiction’s most iconic characters in the fight against sexual abuse gets turned into just another male fantasy action figure.