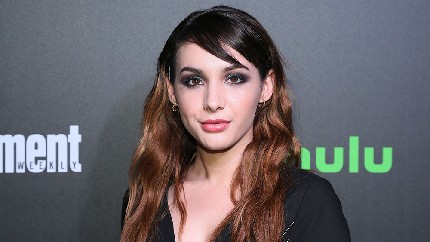 Fox 2000 has hired 25-year-old Hannah Marks to direct the film adaptation of John Green’s bestselling young adult novel “Turtles All the Way Down.”

Marks is one of the youngest female studio directors in history. She will direct from a screenplay by Elizabeth Berger and Isaac Aptaker. Temple Hill’s Isaac Klausner and Marty Bowen are producing with Green and Rosianna Halse Rojas serving as executive producers on the project.

“Turtles All the Way Down” was published on 2017 by Dutton Books. It is Green’s first published work since his 2012 novel “The Fault in Our Stars”

The story follows a 16-year-old a girl with OCD, who discovers through her friend that a billionaire construction magnate has gone missing in the wake of fraud investigations. Tempted by the reward of $100,000 for information leading to the billionaire’s arrest, the two begin a search for the missing billionaire.

Green said of the novel, “This is my first attempt to write directly about the kind of mental illness that has affected my life since childhood, so while the story is fictional, it is also quite personal.”

Fox announced in December that it was developing the project.

Erin Siminoff and Molly Saffron are overseeing for Fox 2000. Marks is represented by UTA, Untitled, Circle of Confusion, and Bloom Hergott.