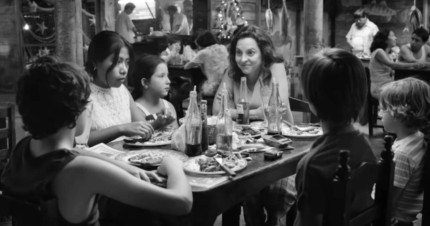 Netflix gave “Roma” its most robust theatrical release so far. But it could have grossed as much as $20 million.

“Roma” won three top Oscars for Netflix. Though falling short of the elusive Best Picture, those recognitions were the first for a film that received its primary distribution from a streaming platform. It also confirmed that these films can be top Oscar competitors, and further mainstreamed the idea that a movie is not defined by its platform. (All of which has caused considerable consternation for Steven Spielberg.)

Of course, “Roma” also had a life at the box office, although Netflix offered no data around its grosses. We had our estimates, and now we believe we have a reasonable answer to the larger philosophical question: What might have “Roma” grossed had it followed a traditional release?

We surveyed specialized industry figures, all on background, who responded with a wide variety of figures. Then we examined the multiple factors in play during the release period to arrive at an educated guess.

Based on all of this, our guess is “Roma” could have grossed at least $20 million, even without a Best Picture win. Here’s why:

What “Roma” Has Grossed So Far

Our guess is that after 15 weeks, it has grossed around $4 million. This is based on known approximate initial figures, the number of theaters it has played, and the level of performance normally needed to sustain continued runs, as well as anecdotal reports from sources. This guess has a wide range; anywhere +/- $500,000 seems possible.

Here Are the Comps

Also in play are two fellow nominees for Best Foreign Language Film. “Shoplifters,” from Magnolia, opened two days after “Roma;” at its widest, it reached 139 theaters for just under 1,000 total play weeks. Its gross to date is $3.2 million, equal to the low end of the “Roma” estimate.

The more-recently released “Cold War,” from Amazon, reached at its widest 270 theaters for a total play week figure of around 1,400 and a gross of $4.35 million. All three of these films have surpassed Sony Pictures Classics’ “A Fantastic Woman,” last year’s Oscar Foreign Language winner. With additional interest from its surprise Best Director nomination, “Cold War” looks like a $4-million grossing film or better.

The last subtitled Best Picture nominee was SPC’s “Amour” in 2013, with five nominations. Adjusted to current prices, it grossed $7.6 million. At its widest, it played in 333 theaters for an ultimate total of about 2,000 play weeks. (SPC also had the other two Foreign Language nominees this year; “Capernaum” and “Never Look Away” each will end up with totals between $1 million-$2 million.)

“Moonlight,” a specialized film that won Best Picture two years ago, made around $28 million with 10,000 total play weeks. Last year, “Call Me By Your Name” was the lowest-grossing Best Picture nominee at $18 million; in recent years, the lowest-grossing nominee was “Whiplash” at over $14 million adjusted. Neither received as many nominations as “Roma,” or was considered a top contender in the race’s final stages.

If “Roma” Had a Normal Theatrical Run…

No streaming = much higher grosses
Without Netflix availability — even if it played in the same cities (New York, Los Angeles, and San Francisco), and the same theaters, for the same period — it could likely double its gross given the near-unanimity of strong reviews and the renown of Alfonso Cuarón as a director. Our guesstimate: $10 million.

No streaming = more theaters
Not only did the three top exhibitors (AMC, Regal, and Cinemark) refuse to play “Roma,” others followed suit. These boycotts included Pacific Theaters, whose Southern California Arclight locations are particularly significant players in specialized films, as well as other top regional circuits. Add locations like BAM Cinema in Brooklyn, City Cinemas (these include Angelika Cinemas) and these missed opportunities probably represent $1 million or more. Consider that the $7.6 million-grossing “Amour” played in 333 theaters at its widest, over 21 weeks; it’s reasonable to believe that with Cuarón’s name, the greater number of nominations, even more precursor awards, the loss of theater access severely crimped the gross.

A confused and disorderly release left a lot of money on the table
Netflix has opened some of its films day-and-date with streaming, in at least New York and Los Angeles, to help generate film reviews. Awards candidates like “Beasts of No Nation” and “Mudbound” played a little wider.

The three-week, pre-streaming release of “Roma” was a unique effort for Netflix. The breakthrough was getting the key Landmark Theatre chain, the most important for specialized releases, to open initially in New York and Los Angeles, with its San Francisco location opening the second week. Many are still playing.

However, that doesn’t reflect the sort of release that’s expected for a film of this importance. Even in the crowded holiday period, it would nab the largest screens, with second screens to increase showtimes and capacity. That would have increased opening numbers, which would impact on future bookings.

Instead, “Roma” faced an expansion that was more catch-as-catch-can. Anecdotal reports suggest that plans shifted, there was confusion as to how long it could play, and insisting on rooms with appropriate capacities sometimes got lost in the shuffle.

This is a muted total gross. Also, the lack of reporting on grosses denied the film a key marketing tool. Estimated impact: $1 million-$2 million.

The lost opportunity nabbed by “Miss Bala”
Sony’s “Miss Bala” has little in common with “Roma,” beyond a story set in Mexico. However, its box-office performance is relevant here because the overwhelming percent of its gross, particularly among top theaters, came from the same mainstream chains that refused to play “Roma.” The top-grossing theaters for “Miss Bala” served Latino populations, particularly Mexican-Americans; beyond these, the film was a disappointment.

Of course, a black-and-white arthouse film isn’t the same selling proposition as a gangster drama. However, the lack of access to that target audience represents the biggest hole in the “Roma” release strategy. Even if the film played in specialized theaters in some areas, they weren’t the theaters that that potential audience normally attends.

AMC has a particularly strong presence with this market; it had 21 of the top 25 grossing theaters for “Miss Bala” on its opening weekend. It’s not hard to assume that had AMC and other chains serving this audience played “Roma,” it could have found millions more in grosses.

Better box office might not mean more Oscars
If “Roma” had a more traditional release, would it have won Best Picture? Probably not. In a year when some suggested it was in the Academy’s interest to choose a blockbuster like “Black Panther” or “A Star Is Born” for the top prize, reported numbers for “Roma” might have been a negative.

“The Hurt Locker” ended up with an adjusted gross of around $20 million, making it the lowest-grossing winner ever. However, it was a summer release; with all home-viewing venues available by the time of its award surge, it had little chance to add on. “Moonlight” fell far short of its chief rival “La La Land” two years ago, and its more-limited appeal was seen as a detriment to its chances.

Here’s the final dirty little secret: Let’s say a traditional distributor did its best with “Roma.” Even at $20 million in box office, it might have been a money loser. Domestic rights would likely would have been for several million dollars minimum. Marketing for a film with awards potential would add substantially more to its expense; while estimates for Netflix’s total marketing spend have ranged between $25 million-$50 million, a serious contender for Best Picture can easily drop $10 million.

A $20-million gross would recoup most specialized distributors something less than half that amount in film rentals. A non-English film would have lower post-theatrical revenue available (throw in black-and-white, and it goes down more). So a distributor might have a $20 million-plus investment, with a real shot of never realizing a profit.

In the thin margins of specialized films, that likely made “Roma” a non-starter for everyone but Netflix. Not only could the streamer afford it, it also offered unique access into the Hollywood club at the highest levels. So Netflix came up with the money, positioned the film in top festivals, received major awards, and placed the film as a real possibility for Best Picture: Well done. Whether the release strategy served its purposes–luring top talent as well as global subscribers– best remains to be seen.