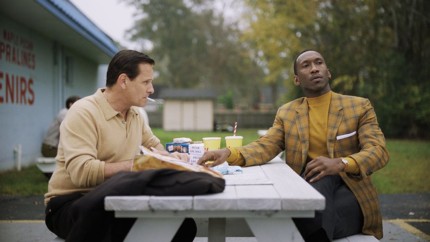 China is claiming the deeply American story as its own, highlighting the Chinese investment in ‘Green Book’ by China’s richest man, Alibaba CEO Jack Ma.

Although deeply American in theme and story, Participant Media’s Oscar best picture winner Green Book is becoming a runaway box-office sensation in China and locals are embracing the film as their own.

Green Book opened to a strong $17.2 million last weekend, landing in third place behind animation hit How to Train Your Dragon 3 ($33 million) and Fox’s Alita: Battle Angel ($24 million), according to data from Artisan Gateway.

By Monday, though, rave word of mouth had propelled Green Book into first place, with its daily revenue dominating the studio tentpoles. As of midday Wednesday, solid weekday ticket sales had lifted Green Book’s China total to approximately $25 million — far ahead of last year’s Oscar best picture winner, The Shape of Water, which capped out at $16.6 million in the country.

Chinese critics and ordinary moviegoers have raved about Green Book more than any film — whether imported or Chinese — of recent memory. The movie currently has a sky-high rating of 9.6/10 on leading Chinese ticketing app Maoyan, and an 8.9/10 among Douban’s community of tastemakers. Viral buzz of this amplitude usually means the movie will linger near the top of China’s box office charts for days and weeks to come, although Green Book will be hit with heavy competition from Captain Marvel on Friday.

So why has a period drama about race relations in the American South resonated so strongly in a market known for its love of effects-heavy action movies like Transformers? Analysts point to several overlapping factors, all of them involving some element of irony.

Oscars glow is undoubtedly one of the leading causes of Green Book’s big China success. Among film lovers, the Academy Awards are closely followed in China, where the local culture holds awards, rankings and official commendations in especially high esteem. And Green Book’s outsize Oscars bump probably has much to do with timing: the film opened in China just three days after the 91st Academy Awards, far sooner than any past best picture winner. “The film’s release immediately following its award-winning performances at the recent Oscars was very well timed,” says Rance Pow, CEO of Artisan Gateway.

Immediately after Green Book’s Oscar triumph, Alibaba began trumpeting its involvement in the film in the Chinese media. Jack Ma even seemed to make it a personal mission to promote the movie ahead of its local release. The billionaire invited several of his Chinese celebrity friends to screenings, while claiming that he had already seen the movie three times because it made him see “hope and kindness” in the world — statements that again saturated Chinese newscasts and social media.

“Even though Alibaba Pictures is a relatively new entrant into Hollywood, we have a track record of choosing quality projects,” said Zhang Wei, president of Alibaba Pictures, in a statement that also made the rounds.

State-backed media next got in on the party, further comingling Green Book’s achievements with Chinese national pride. “The 91st Academy Awards can be viewed as the starting point for a new period of growing influence for China in the international film industry,” said state news service Xinhua in a post-Oscars report.

“All of China is celebrating Green Book’s Oscar win,” explains a social media influencer “Entertainment Unicorn” in a post that has circulated far on WeChat. “Alibaba surpassed even Netflix and Amazon to become the first internet company to co-finance and co-produce an Oscar best picture winner. After a film with Chinese investment won this award, it feels like Chinese cinema and our national pride are not so far from the Oscars after all.”

Analysts have also noted how Green Book’s strong commercial start is an extension of a preexisting trend toward diversification in the Chinese movie market. “The Chinese audience’s evolving and maturing tastes can also be seen from recent releases such as Three Billboards Outside Ebbing, Missouri ($10.3 million in 2018) and La La Land ($35 million in 2017),” says Pow. Prestige Asian dramas also have begun to do big box office in China, such as Japan’s 2018 Palme d’Or winner Shoplifters, which earned $14.2 million, a huge total for an art house title.

Most confounding of all, the very same elements that have made Green Book controversial in the U.S. probably ensured its commercial viability in China. Entirely aside from its awards season wins, Green Book has been savaged by dozens of critics for its simplistic and retrograde handling of the fraught and deeply complicated legacy of racism in America.

But this problematic feel-good approach probably helped the Chinese audience — which is understandably vastly less acquainted with the complexities of race relations in America, given how remote such issues are from Chinese life — embrace the movie’s story and celebrated performances.

“The seemingly heavy and sensitive topic is presented in a road trip setting and in a rather comedic fashion,” says Li. “This somehow makes it easier for it to resonate and be understood for Chinese moviegoers — they don’t need to be equipped with a lot of historic background.”