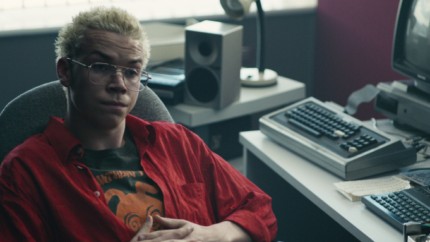 Netflix is garnering plenty of attention for its ambitious effort to introduce interactivity to the world of narrative filmmaking with today’s debut of Black Mirror: Bandersnatch.

The interactive film, which was 18 months in the making, follows a young video game designer who is trying to adapt a choose-your-own adventure novel given to him as a child. The premise creates the context for viewers to navigate their way through the story, making choices along the way that result in one of five main endings.

This experiment in branching narratives builds on Netflix’s earlier work creating follow-your-own-adventure type experiences for children’s shows like Puss in Boots. It’s attracting notice because of Netflix’s global reach and disruptive influence over the television industry.

“Because while Netflix already pioneered the art of nonlinear television, the company is bent on doing the same for interactive storytelling,” Wired breathlessly notes. “So grab your remote control. You’re gonna need it.”

But one longtime media observer says Bandersnatch is not without precedent.

“Interactive TV is just a video game,” said Michael Pachter, a media analyst with Wedbush Securities. Although he has yet to watch this particular episode of Black Mirror, he voiced skepticism about whether Bandersnatch will match the compelling narratives produced by video game developers who’ve been honing their craft for last three decades.

“Video games allow you to take whatever path you want,” Pachter said. “It’s typically not binary.”

Open-world games like the Western-themed Red Dead Redemption 2 are so rich, Pachter notes, players can explore without ever interacting with the main story.

Pachter nonetheless lauded Netflix’s experimentation, calling it “really refreshing, smart, bold, adventurous and wonderful.” He said he hopes it opens the doors for proven storytellers like Amy Hennig, who attended film school and has garnered Writers Guild of America Awards for her work on the Uncharted video game franchise.

Pioneers have been dabbling with interactive TV since the 1990s and the advent of devices like WebTV, that connected the television set to the internet.

Successful television producers like Chuck Lorre experimented with interactivity as far back as 2001, when he introduced Nathan’s Choice. The sitcom about a twentysomething college grad navigating the real world allowed viewers to help Nathan solve a dilemma by casting their votes (via PC or telephone) for one of two pre-determined options.

More recently, Steven Soderbergh created an interactive smartphone app called Mosaic, which allowed viewers freedom over how they watched the seven-hour miniseries that ultimately aired on HBO, and which characters’ stories they followed.

“You’re now looking at a different demographic who’s much more focused on themselves and being part of the action,” said McNealy. “You see it on Twitter, you see it on Facebook, you see it on Instagram — wherever people comment in real time about TV … It’s empowering the viewer to say that your voice really matters. Your opinion really matters. Jump in.”