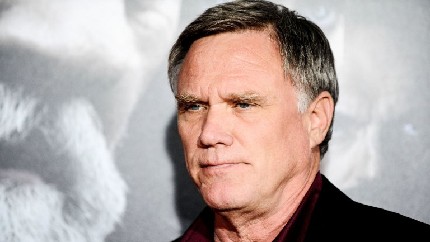 The studio is gearing up for 32 days of additional photography.

The Dance of the Sugar Plum Fairy is going to need a little more sprinkling of sugar.

Disney is gearing up for a significant shoot of additional photography for The Nutcracker and the Four Realms, the studio’s big-budget fantasy that adapts the classic ballet by Peter Tchaikovsky and the story by E.T.A. Hoffmann.

Joe Johnston, the helmer of Captain America: The First Avenger, The Rocketeer and Jurassic Park III, is being brought in to direct the shoot, not the movie’s original helmer, Lasse Hallstrom.

Insiders say that Hallstrom, known for dramas such as What’s Eating Gilbert Grape, Cider House Rules and A Dog’s Purpose, has not been sidelined but rather was unavailable due to scheduling issues and that he will be involved with postproduction.

The cast, consisting of Keira Knightley, Mackenzie Foy, ballerina Misty Copeland and Morgan Freeman, among others, is pirouetting in place for the shoot, which sources say will last 32 days and comes armed with material written by Tom McCarthy, the Oscar winner behind the drama Spotlight.

“The film is in very good hands in London while I’m away,” Hallstrom said in a statement to The Hollywood Reporter. “I will return to postproduction after the holidays.”

It is unclear what issues arose to warrant reshoots, but in this day of massive tentpole filmmaking, where much of a visual effects-heavy movie is put together in postproduction, Disney, among other studios, sees these undertakings as par for the course. Movies such as Rogue One: A Star Wars Story have shown that spending additional millions on reshaping material can pay off big dividends in the end, or in the case of Justice League, help protect the tarnishing of a brand.

Nutcracker tells of a young girl named Clara (Foy) who receives a nutcracker doll from her godfather on Christmas Eve. When she goes to check on it later, the clock strikes midnight and she finds herself thrust into a fantastical world where she is in the middle of a war between gingerbread soldiers and an army of mice.

Knightley  is portraying the Sugar Plum Fairy, while Helen Mirren is playing Mother Ginger. Mark Gordon and Larry Franco are producing while Sara Smith and Lindy Goldstein are executive producing.