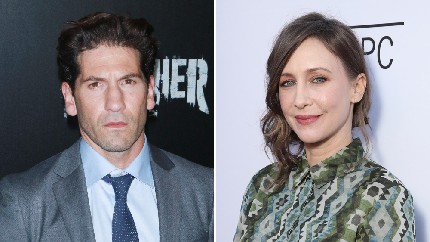 Jon Bernthal and Vera Farmiga are set to join the cast of New Line’s “The Many Saints of Newark,” a prequel movie to the critically acclaimed HBO series “The Sopranos.”

New Line could not be reached for comment on the casting.

Plot details are vague other than the film being set during the Newark riots in the ’60s. The exact roles of Bernthal and Farmiga have yet to be revealed. More players from the “Sopranos” lore are expected to be joining the cast.

Series creator David Chase co-wrote the script with producer Lawrence Konner. Alan Taylor is directing “The Many Saints of Newark,” while Nicole Lambert and Marcus Viscidi will serve as executive producers. Chase has been hands on from the get go in the casting process hand picking Alessandro Nivola to play Dickie Moltisanti, along with Bernthal and Farmiga in their mystery roles.

Bernthal’s Netflix series “The Punisher” returns for a second season this January. He will next star in the indie film “Peanut Butter Falcon” alongside Shia LaBeouf, as well as the a untitled Ford vs. Ferrari movie where he plays Lee Lacocca. He is repped by WME.

Farmiga, who recently starred with Hugh Jackman in “The Front Runner,” will be seen next in Legendary’s “Godzilla: King of the Monsters” and Participant’s “Captive State.” She is currently filming the Netflix series “Central Park Five.” She is repped by CAA and Authentic Talent and Literary Management.