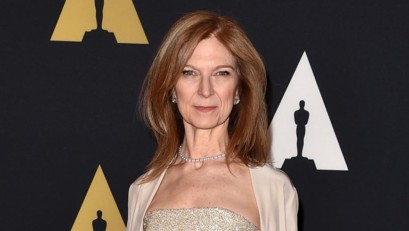 The DOJ suggests collusion by Netflix’s competitors in the way eligibility is determined for the Academy Awards. Does the government understand Hollywood?

The Academy Awards has long been a national obsession, and occasionally, there’s controversy over winners, losers and the ground rules for competition. But until now, hardly anyone has suggested that the way the Oscars is run amounts to anti-competitive conduct rising to a violation of the nation’s antitrust laws. That ends now as Makan Delrahim, the chief of the Justice Department’s Antitrust Division, has outlined his concerns about eligibility rule changes in a letter to Dawn Hudson, CEO of the Academy of Motion Picture Arts and Sciences.

The March 21 letter, which was first reported by Variety and obtained by The Hollywood Reporter (see below), is certainly bold and audacious. A search of scholarly articles turns up absolutely nothing on the intersection of prestigious awards in an industry and antitrust law. Additionally, the DOJ appears to have a rather unique view of the Academy itself.

The DOJ letter comes on the heels of Feb. 24’s 91st Academy Awards, at which Netflix’s Roma was nominated for as many Oscars as any film and won three, including best director. Most top pundits expected Roma to win best picture, as well, an outcome that many industry observers feared would mark the beginning of the end of the theatrical moviegoing experience as we know it. Netflix, a streaming service that first and foremost aims to please its subscribers, refuses to adhere to the 90-day window of theatrical exclusivity demanded by the major theater owners, opting instead to release films for much shorter periods through independent theater chains.

A best picture Oscar win for a Netflix film, in spite of that controversial position, would have been widely seen as the Hollywood community condoning that, which is why, according to media reports, Steven Spielberg, the legendary filmmaker and a current representative of the directors branch on the Academy’s board of governors, was planning to call for the full board to implement, at its April 24 meeting, new rules that would lock out of Oscar competition films released in that manner, effectively knocking Netflix out of the Oscars game. Spielberg has since backed away from that position — and allied himself with a competing streaming service, Apple TV+.

Nevertheless, maybe based on old information, the DOJ is weighing in.

“The [Antitrust] Division writes to draw your attention to its concerns that may arise if the Academy implements certain restrictions in a way that tends to suppress competition,” writes Delrahim. “In the event that the Academy — an association that includes multiple competitors in its membership — without procompetitive justification, such conduct may raise antitrust concerns.”

First, the notion that the Academy’s membership includes competitors to Netflix. The letter almost treats the Academy as a trade association.

Contrary to the implication of the DOJ letter, the Academy is not an organization of the studios, but rather of individuals from across the international film community. True, it was founded in 1927 by MGM chief Louis B. Mayer and other studio titans, among others; it was increasingly regarded, in its early years, as a “company union” created to stave off the formation of guilds; and its Oscars ceremonies were principally funded by the studios until the early 1950s, when the Academy first became financially independent by selling the broadcasting rights for the Oscars. But, for many years, it has been an organization of individuals, the vast majority of whom — since the collapse of the studio system — have no allegiance to one particular studio. In fact, quite a few executives and contracted employees of streaming services are now Academy members themselves.

But put that aside.

In the quoted section above, Delrahim discusses how restrictions that suppress competition without procompetitive justification may be out-of-bounds. This suggests he doesn’t see any per se antitrust violation (examples of illegal activity on its face include price fixing and market allocation agreements) and is willing to examine the Academy’s eligibility requirements under a “rule of reason,” which incorporates economic factors and weighs anticompetitive bad against the procompetitive good.

Just what exactly is the bad activity alleged?

Thus, Delrahim is suggesting collusive activity almost akin to a group boycott. He cites an old legal decision that frowned upon an agreement to expel a competitor from a cooperative association.

Antitrust laws are meant to promote marketplace competition ultimately to the benefit of consumers. By raising this issue, the DOJ is seemingly taking an indirect path to how consumers ultimately are impacted by Academy Awards. After all, the awards go to the makers of the films. True, a lot of studios chase awards to the extent that the competition itself impacts the manner and timing on the release of movies. Nevertheless, this would certainly represent a bold theory of consumer harm should it ever get to court.

Plus, it raises all sorts of other questions: Is the DOJ not concerned by proposals over the years to eliminate Oscars for short films? Why isn’t the DOJ objecting to theater owners standing up to Netflix? And why is the DOJ now reexamining the worth of the Paramount Consent Decrees?

“If the Academy adopts a new rule to exclude certain types of films, such as films distributed via online streaming services, from eligibility for the Oscars, and that exclusion tends to diminish the excluded films’ sales, that rule would therefore violate Section 1,” concludes Delrahim.