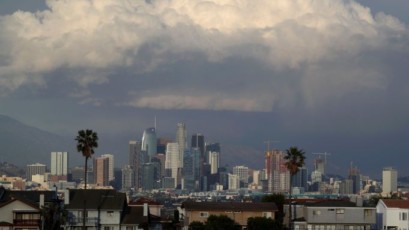 On-location filming in Los Angeles rose 3% in the third quarter of 2018 compared to the same period last year, with TV pilots (up 30%), TV dramas (up 21.6%) and feature films (up 11%) doing especially well. The overall numbers are also a nice rebound from last quarter’s 5.2% decline in all on-location filming, according to data provided by FilmLA, the city’s film permit office.

Incentivized TV dramas brought to L.A. by the state’s $330 million film incentives program accounted for 19% of the TV drama shooting days during the period, while incentivized feature films such as Quentin Tarantino’s Once Upon a Time in Hollywood, Against All Enemies and Birdbox accounted for 15.1% of all on-location feature shooting days. 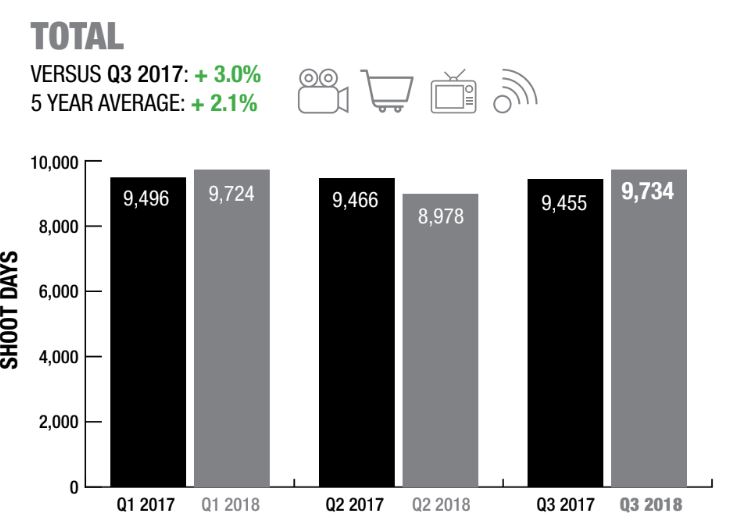 “We are grateful for the continued positive impact of the California Film Tax Credit program as it continues to boost employment and production in Greater Los Angeles,” said FilmLA president Paul Audley. “Increases in feature film, commercials, TV pilot and TV drama production are very good news for the region’s economy.”

Overall, the five-year Q3 average for all production was up 2.1%.