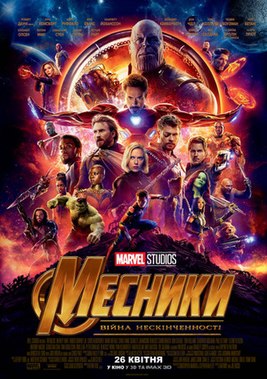 A 43-year-old man from Andhra Pradesh, India was found dead during a May 1 screening of the Marvel tentpole.

A 43-year-old man from Andhra Pradesh, India was found dead during a May 1 screening of “Avengers: Infinity War” at the Cinehub Multiplex theatre in the Kadapa district. The man was identified as mason worker Peddapasupula Baasha, according to The Times of India.

Baasha was found sitting in his seat without any movement during the end credits of the film. The Times reports that the theater staff originally thought the man was staying in his seat to watch the after credits scene, but they checked on him once the scene ended and he still hand’t moved. The staff removed Baasha’s 3D glasses and realized he was unconscious. The local police was called immediately.

Police told The Times that they suspect Baasha’s death was the result of natural causes or cardiac arrest. The police investigation is ongoing.