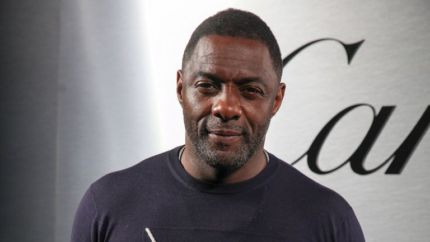 No one from the actor’s team is aware of any overtures from producers of the spy series.

Fleet Street is at it again.

On Aug. 9, the U.K.-tabloid The Daily Star published a story stating that Equalizer franchise director Antoine Fuqua “told an industry pal” that he spoke with James Bond producer Barbara Broccoli about the future of the spy franchise.

Fuqua was said to have mentioned Idris Elba in conversation. “You need a guy with physically strong presence. Idris has that,” was how the Star quotes what the Fuqua “pal” said the director had told Broccoli.

But a rep for Fuqua threw cold water on the story. “He never had a conversation with Barbara about the franchise or about any casting. It’s all made up stuff. Not sure how it got started,” the rep told The Hollywood Reporter.

A rep for Elba declined comment, but a knowledgeable source says no one from Elba’s team is aware of any overtures.

In what became an irresistible game of telephone, the mention of Elba, 45, as a contender for the iconic role once again echoed throughout social media and magazine headlines. The actor has been linked to James Bond rumors for at least five years and Elba has responded magnanimously to each rumor cycle.

Meanwhile, Daniel Craig, 50, is confirmed for his fifth turn as Bond in the untitled next chapter in the series dated for Nov. 8, 2019. Trainspotting scribe John Hodge wrote the screenplay that had been earlier announced as being worked on by Bond franchise regulars Neal Purvis and Robert Wade.

Danny Boyle is directing the sequel to Spectre, which grossed $880 million worldwide after its release in November 2015. The film is being distributed by MGM stateside and Universal internationally. Craig has played the character since taking over from Pierce Brosnan for franchise reboot Casino Royale.