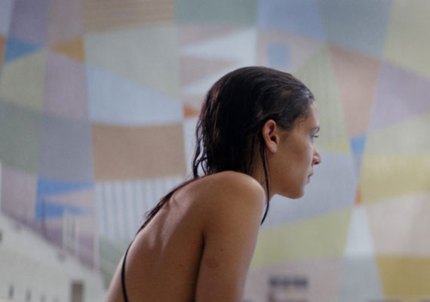 Thelma and her supernatural powers put forward for the Oscars

Joachim Trier’s Critics Award winner from Haugesund will be Norway’s official candidate for an Oscar nomination for Best Foreign-language Film.

Norwegian director Joachim Trier’s Thelma, which will be flying the Norwegian colours at the Toronto (7-17 September), New York (28 September-15 October) and London (4-15 October) International Film Festivals, will also be Norway’s official contender for an Oscar nomination for Best Foreign-language Film.

“Thelma is a film that touches the viewer on several levels, both emotionally and intellectually – it is visually striking, modern in its expression, and at the same time makes clear reference to film classics. With this movie, Trier and his regular team have delivered a story that will travel far and wide, and which we strongly believe in as our Oscar candidate,” said the chairman of the Norwegian Oscar Committee, Sindre Guldvog, managing director of the Norwegian Film Institute, at yesterday’s announcement.

Produced by Thomas Robsahm for Motlys, and starring Eili Harboe (with Kaya Wilkins, Ellen Dorrit Petersen and Henrik Rafaelsen), Thelma portrays a young student attending university in Oslo, who falls in love and discovers that she has frightening and inexplicable powers. She finds herself intensely drawn towards another female student, Anja, who reciprocates her powerful attraction. At the same time, she experiences extreme seizures, symptoms of her supernatural abilities.

“Thelma confirms that Trier is a unique, bankable film artist covering a broad and international format – based on his special, character-exploring universe, the film has become an all-embracing, ambitious and personal drama about a young woman’s awakening and detachment. It is a movie that fascinates, touches and revolts, and starting with a thriller, Trier creates a much larger Nordic – and in particular Norwegian – story within a universal framework that anyone can recognise,” the committee explained.

The Academy of Motion Picture Arts and Sciences will announce the five Oscar nominees for Best Foreign-language Film (Norway has had five since 1957) on 23 January 2018, while the Academy Awards ceremony itself will take place on 4 March 2018.

SF Norge will release the film domestically on 15 September, while Orchard Distribution has scheduled the US launch for 10 November.