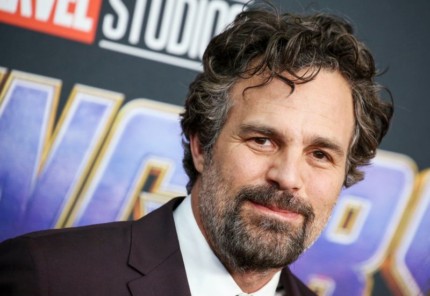 Disney and Marvel Studios might want to stop sending Mark Ruffalo out on press tours. The actor has a history of spoiling his Marvel movies ahead of release (remember when he accidentally live streamed a “Thor: Ragnarok” screening on his Instagram?), and it’s a trend that continued with “Avengers: Endgame.” Nearly three weeks before “Endgame” opened nationwide, Ruffalo joined co-stars Chris Evans and Karen Gillan for an E! News interview and gave away Captain America’s fate without many fans noticing.

“I don’t know what’s gonna happen,” Ruffalo said of “Endgame” at the time. “I shot, like, five different endings to this movie. I didn’t even get a whole script to this movie.”

Ruffalo then shouted while pointing to Evans, “He gets married in this!” The actor’s tone made it sound like a joke, riffing on the fact that he shot so many ridiculous endings that he had no idea which one was real and which were fakes. It turns out the ending where Evans’ Captain America gets married is the real one. The superhero travels back in time to return the Infinity Stones to their rightful place and decides to stay in the past with his true love, Peggy Carter. The characters end up getting married.

Ruffalo’s spoiler dropped April 8 and “Endgame” didn’t open in U.S. theaters until April 24. That’s nothing compared to Ruffalo’s spoiler for “Avengers: Infinity War.” The actor appeared in an interview with Don Cheadle on “Good Morning America” in July 2017 and let it slip that everyone dies in “Infinity War.” The reveal wasn’t taken too seriously at the time, but everyone realized Ruffalo was mostly serious when “Infinity War” opened April 2018.

Marvel has tried its best to prevent Ruffalo from spoiling its movies, but their methods clearly aren’t working. Similar to “Endgame,” Ruffalo shot different endings to “Infinity War” and had no idea whether or not his character lived or died until he saw the movie himself. While Iron Man and Captain America’s stories come to a close in “Endgame,” Ruffalo’s Hulk is expected to continue in the MCU. “Avengers: Endgame” is now playing in theaters nationwide.