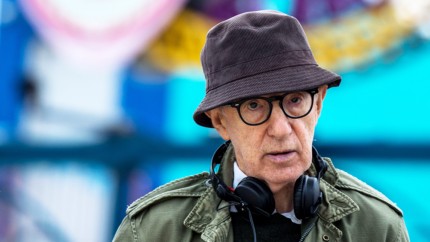 After being put on the shelf by Amazon, Woody Allen’s “A Rainy Day in New York” is to be released in Italy in the fall via distributor Lucky Red, with other European territories also believed to have closed local distribution deals, a source familiar with the situation told Variety.

Italy’s Lucky Red has confirmed Italian press reports that it will release “A Rainy Day in New York” on Oct. 3, leading to local speculation that the film could launch in September at the Venice Film Festival. The fest could not be immediately reached for comment. Lucky Red previously released Allen’s 2017 “Wonder Wheel,” starring Kate Winslet.

Allen’s “Anything Else” screened as the Lido opener in 2003.

Not much is known about the plot of “A Rainy Day in New York” except that it’s an ensemble romcom involving two young people who arrive in New York for the weekend and that it may include a narrative strand in which an older man, played by Law, has a relationship with a young woman, played by Fanning, who was 19 during production. The film was completed in 2018.