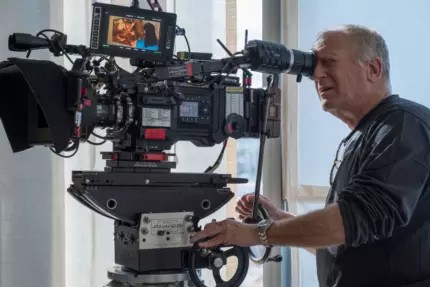 Robert Elswit has shot six films for Paul Thomas Anderson and won an Academy Award for his work on “There Will Be Blood,” but the cinematographer doesn’t expect to work with Anderson again. During an appearance on the Light the Fuse podcast, Elswit didn’t have great things to say about their working relationship: “God, I don’t know what it is anymore,” he said. “It’s like a bad married couple. Unpleasant.”

Asked whether he could see them collaborating again, Elswit didn’t sound optimistic. “I don’t know. Probably not. You know, it depends on how he feels. I would do it again…I didn’t enjoy myself on ‘Inherent Vice’…It was a combination of me and Paul just not getting along, and I can be as immature as him.”

His memories aren’t all bad, of course, especially when it comes to the film that won him an Oscar. “I sat there and for the first time — after about three glasses of wine — I’d forgotten I was just watching the movie,” Elswit said of a “There Will Be Blood” screening accompanied by a full orchestra.

“For the first time, I was really reacting to stuff that I’d forgotten and then I was a little overwhelmed by it, in a way that I didn’t expect. I was moved by it, shocked by it. It had an enormous impact on me…At the end, half drunk, the lights come up…and I go, ‘You know what, I really did deserve the fucking Academy Award,’ and I’d never felt that before.”