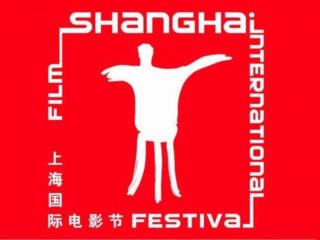 From the Greek mysterious new work PITY to CAPERNAUM which has just won the Jury Prize at the 2018 Cannes International Film Festival; from Estonia’s women epic that spans three eras to the India’s female teacher’s dream journey; from the home of Vienna nobles in 1777 to a rural pig farm in Lithuania, from the rarely visited Dublin suburbs to the secretive night of Manila…… The second film release of the BELT AND ROAD FILM WEEK brings everyone a chance to vision the manners and feelings of various countries that haven’t been staged before.

The films released yesterday may impress fans with universal emotional feelings by revealing the everyday life of ordinary people in various countries; yet today’s films show a richer profile from the production level. There are era dramas, extreme stylistic narratives and also surreal worlds that lead Chinese audiences deeply into the historical and cultural backgrounds of various countries. Films bridge the world. During the BELT AND ROAD FILM WEEK, fans can not only span vast regions, but can also navigate through the ever-changing light and shadow space.

Capernaum is a city of ancient Palestine, near the Sea of Galilee. In the Bible, this is the center of Jesus’ preaching. This film tells the difficult experience of a 12-year-old boy Zein. The story is unveiled as the boy sues his parents for giving him life but being unable to raise. Questioning the reasonableness of his existence and being without any identity and mistreated, he hopes to fight for rights to education, health and love for the poor with his own efforts.

This film receives the Jury Prize at the 2018 Cannes International Film Festival.

A lawyer suffers a sudden blow: his wife falls into a coma by accident. The resulting sadness become the most important element of his life, even giving him an addictive pleasure, as this brings him others pity. One day, his wife wakes up. And life of sadness he enjoyed so much is thus changed. Then, he began to think of ways to evoke pity from others.

The film is shortlisted for World Cinema Dramatic Competition of the 2018 Sundance Film Festival World Film and become an award-winner at the International Film Festival Rotterdam. This film depicts one person’s life and brings out an unique feature of the era by focusing on one emotion with cold humor, thus making you smile and get startled at the same time.

THE MANSLAYER / THE VIRGIN / THE SHADOW

The film is composed of three chapters. THE MANSLAYER happens more than 100 years ago. The heroine, Mara, is a young bride who is about to start living in a new family. The background of THE VIRGIN is set in the spring of 1949, telling the story of a young woman named Irina who is expelled from Ingria to Estonia in World War II. THE SHADOW is set in contemporary times, between real life and fantasy. The heroine Luna Lee decides to flee from her hometown. Rea Lest plays the three roles, who presents remarkable performance in such a long time span.

This film wins the awards for best cinematography and best score in the competition section of the 2017 Tallinn Black Nights Film Festival, which is the new work by the director of GEORGICA. A woman epic, three fates of women in three eras, is present by the same actress; “fable” is coupled with “poetic”; and the photography is great!

Hichki is a story about a woman who turns her most daunting weakness into her biggest strength. Naina Mathur is an aspiring teacher who suffers from Tourette Syndrome. After several interviews and numerous rejections, she finally got her ideal job — serving as a full-time teacher in an elite school. However, she soon realizes that the class she has been assigned comprises of defiant and impish students who can’t seem to keep out of trouble. Despite a few initial hiccups, Naina must do whatever she can to ensure that her students realize their true potential and defy all the odds against them.

An inspirational film, the Indian version of FRONT OF THE CLASS and LES CHORISTES, will give you a rich viewing experience of Indian cinema.

In 1992, Lithuania is transformed from communism to capitalism, which throws Irena’s pig farm nearly to bankruptcy. The arrival of a handsome American Bernardas saves the struggling farm. And Bernardas promises to give the farm a new start. Just as Irena is distracted by his grandiloquence, she discovers that the American’s generosity might be another attempt…

The film is the first Lithuanian film to be selected for the Toronto International Film Festival in 15 years. When an unhappy middle-aged Lithuanian woman encounters an optimistic humorous American man, all experiences let her begin to face life, face herself, and face the world again.

The eighteen-year-old Michael and his grandfather, Francis, live in an ordinary neighborhood in Dublin. Michael is caught holding drugs for his friend’s older brother and is sentenced to 3 months in prison. His life has thus changed dramatically. In prison, he become a friend with an old drug dealer and experiences various violence and coercion. The film explores the roots of Michael’s crime, and also shows the various influences and changes of prison life on him.

The film won the 2018 Irish Film & Television Awards for Best Film. The melancholy and empty eyes of the hero will remind you of the young offenders in PICKPOCKECT and À BOUT DE SOUFFLE. What kind of family does the teenage “criminal” grow in? There is no answer in the grandfather who tries hide his fear and the grandfather who is silently shouldering all. So, the answer must lie in the society where they live…

The 18-year-old Theresia is a blind piano talent. When she was three years old, she suddenly fell blind. After numerous medical failure, her parents find a controversial “holy doctor” Mesmer as the last hope to heal the girl. Mesmer’s therapy seems to have worked. However, with the gradual restoration of her sight, her exquisite musical skills are declining. She realizes that to restore her sight, she may have to pay a high price – the music world she cherishes so much.

The film is shortlisted for the competition section of the 2017 San Sebastian International Film Festival. Sight or talent? Which would you choose? “This world is beautiful, I have once been here.” She said and then return to her dark music world. Adapted from the real story, the film is created in a sincere and credible manner, mirroring current topics of the era.

As a violent war on drugs is waged in present day Manila, a notorious vigilante death squad recruits a teenage orphan named Toto. The orphan soon forms a maternal relationship with the vigilante group’s matriarch Irma, who also works as a pest exterminator during the day. Irma and Toto’s loyalties are ultimately put to the test when one of the targets in their kill list turns out to be a familiar face.

The film wins the Most Promising Talent Award for best director at the Osaka Asian Film Festival in 2018. This film, a new exploration of the crime film, tells story of friendship and betrayal between partners set in Manila’s beautiful and secretive night scenes.

During a solar eclipse, an ordinary boy Vitko finds himself a thousand years back, in Kyivan Rus, in the midst of a decisive battle between good and evil. With help of a magic stone which gives him power, and the strong knights whom he knew only from books by his side, he is facing black magic and an army lead by the giant rock monster. Now only the boy’s bravery will decide if the light overthrows darkness and if the future turns out the way we know it today.

The film is ranked the second in terms of box office in Ukraine in 2017. When a boy passes through time and space to meet a beauty and uses historical knowledge to counter risks, then the question arises: To back to the modern age or to stay with the little beauty in the past?

Don’t forget! The next finalists of even more brilliance are coming soon!